brotherhood of the travelling gun 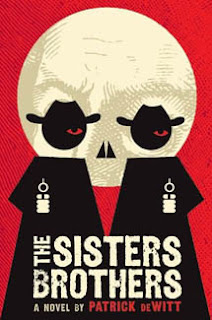 I have been hearing rumours that The Sisters Brothers is scheduled to be made into a film, with John C. Reilly playing the part of the narrator, Eli Brothers. I am glad for this. Not only does pretty much everything that John C. Reilly touches turn into gold, but he closely fits the mental image that I had of Eli. I am counting on the filmmakers not to muck it up.

The Sisters Brothers is the story of Eli and Charlie Sisters, two assassins-for-hire who travel from Oregon to California during the height of the gold rush to carry out a hit on a prospector. Charlie is impetuous and brutal, Eli is introverted and has a certain sweetness to him, despite the fact that he has no problems murdering people. The novel is at times gory, at other times touching, and it is woven throughout with generous strands of dry humour.

The Sisters Brothers is inventive in its scope - a darkly comic western noir - and its sparsely worded pacing fit the genre perfectly. I will admit that it took me a couple of chapters (they are very short chapters) to appreciate the narrative voice and to understand why everyone seemed to love this book so much. But once I did, I was hooked.

I could easily have kept reading, had the book been twice as long, and it would take very little prompting to entice me to revisit the world of the Sisters Brothers, be it in a film, a reread, or (dare I hope?) a sequel someday.

The Sisters Brothers has won a mitt-full of literary awards, and for good reason. You should read it.
Posted by Barbara Bruederlin at 2:28 pm

Sounds cool ~ thanks for the rec/review, Barbara :->

If you read it, I hope you enjoy it, Erik. I'm now waiting for the movie.