back in the arms of the city 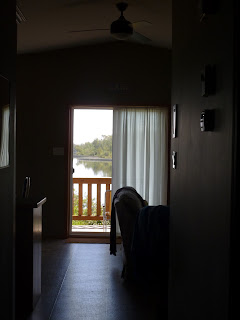 I know the risks here. I know to keep an eye on my purse, to lock ground floor windows at night, to look both ways before crossing the street. I am in my comfort zone.

Out there, at the lake place, I see daily reminders that I am nowhere near the top of the food chain, that there is no buffer zone of humanity to shield me.

The strange scat deposited at the base of the deck one night was likely a calling card from the Fisher that lurks in the riparian zone. Ambush hunters, they list unsuspecting city cats as a favourite treat.

Woodtick strip searches have become routine. The risk of Lyme disease may be small, but the ick factor is a powerful driver.

Emptying mouse traps in the crawl space and cleaning up the detritus of their late-night parties takes on the urgency of a level 4 biohazard lab. Work gloves and tea towels tied over faces fill in for hazmat suits. I count off the days since exposure and watch for symptoms of Hantavirus.

This is black bear country. Locals talk matter-of-factly about bear encounters. They know what the scat looks like, they instinctively know how to park so that the truck is always between themselves and any black bears who may be feeding on the Saskatoon bushes. To the black bear who sauntered through the yard last year and swam effortlessly across the lake, we are a minor annoyance, nothing but a mosquito buzzing around her living room.

Back home, in bed after another ten hour trek across the prairies, I lie for a few minutes before drifting off, grateful for the faint glow of the street lights, comforted by warm pinpoints of light radiating from windows across my neighbourhood. In the distance, the soft lullaby of traffic lulls me to sleep. 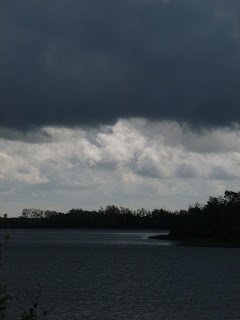 Posted by Barbara Bruederlin at 8:55 am

Email ThisBlogThis!Share to TwitterShare to FacebookShare to Pinterest
Labels: I am such a city girl, the lake place

In the scheme of things, I vote no to wood ticks. In fact I vote no to all varieties of the tick clan. I've had to remove a couple from Memphis over the years and one from one of the cats, and it is among my least favourite activities.

Around here there are more bears around than there used to be, possibly because they stopped the spring bear hunt several years ago. The only time a bear really worried me though, was in Alberta on the Crowsnest. He was on the side of the river with the huge gooseberry patch and he wasn't amused that I was casting a size 20 CDC emerger to picky big rainbow trout nearby. I was followed downstream until I climbed up a ravine and high-tailed it across the ridge to join my buddies upstream. Out of breath: "a bear...a bear followed me...." Ken: "so ya brought him here, just when the trout are rising...".

You are most definitely not at the top of the food chain in the Crowsnest Pass, Eugene! But that is likely not the reception you were hoping for from your fishing buddies!
I do love your fishing tales, though, and would encourage you to ignore the Grizzly danger and head out here for more fishing trips.

Right on, Barbara. I've got a friend in Michigan who loves going to Algonquin Park and other nature preserves to count bears and such, yet he is terrified of Detroit.

I've only ever been to the Detroit airport, Erik, not the city proper, but I can imagine it would be a pretty scary place. Still, I would rather take my chances with the human animals there than the ursine ones out in their neighbourhood.