Feet look peaceful in black and white. And they deserve a rest. They work too hard.


Posted by Barbara Bruederlin at 7:54 pm No comments:

I am pretty sure that even the most mundane and placid of mid-summer skies would look ominous and threatening when filmed in black and white.

Remind me to shoot my next horror film thusly.
Posted by Barbara Bruederlin at 7:01 pm 2 comments:

You really can't have a photo series without at least one selfie sneaking in there, now can you? I think black and white lends this one an air of arty pretentiousness that a more usual selfie just can't achieve.

I like how the simple act of eliminating colour deepens the shadows and adds a slightly ominous feeling to what is really quite an ordinary setting.
Posted by Barbara Bruederlin at 4:35 pm 2 comments:

Over on the facebook, I have accepted the challenge to post a black and white photo every day for five days. I don't normally snap photos in b&w, so this seemed like an excellent opportunity to view the world through a different lens. So to speak.

Interestingly, shadows, reflections and textures - those things that I am always tempted to photograph - seem accentuated in black and white. Colour feels like a bit of a distraction.

So please bear with me over the next five days, dear reader, while I repost these photographs here at zombie HQ.

Posted by Barbara Bruederlin at 3:02 pm No comments:

what the brain wants 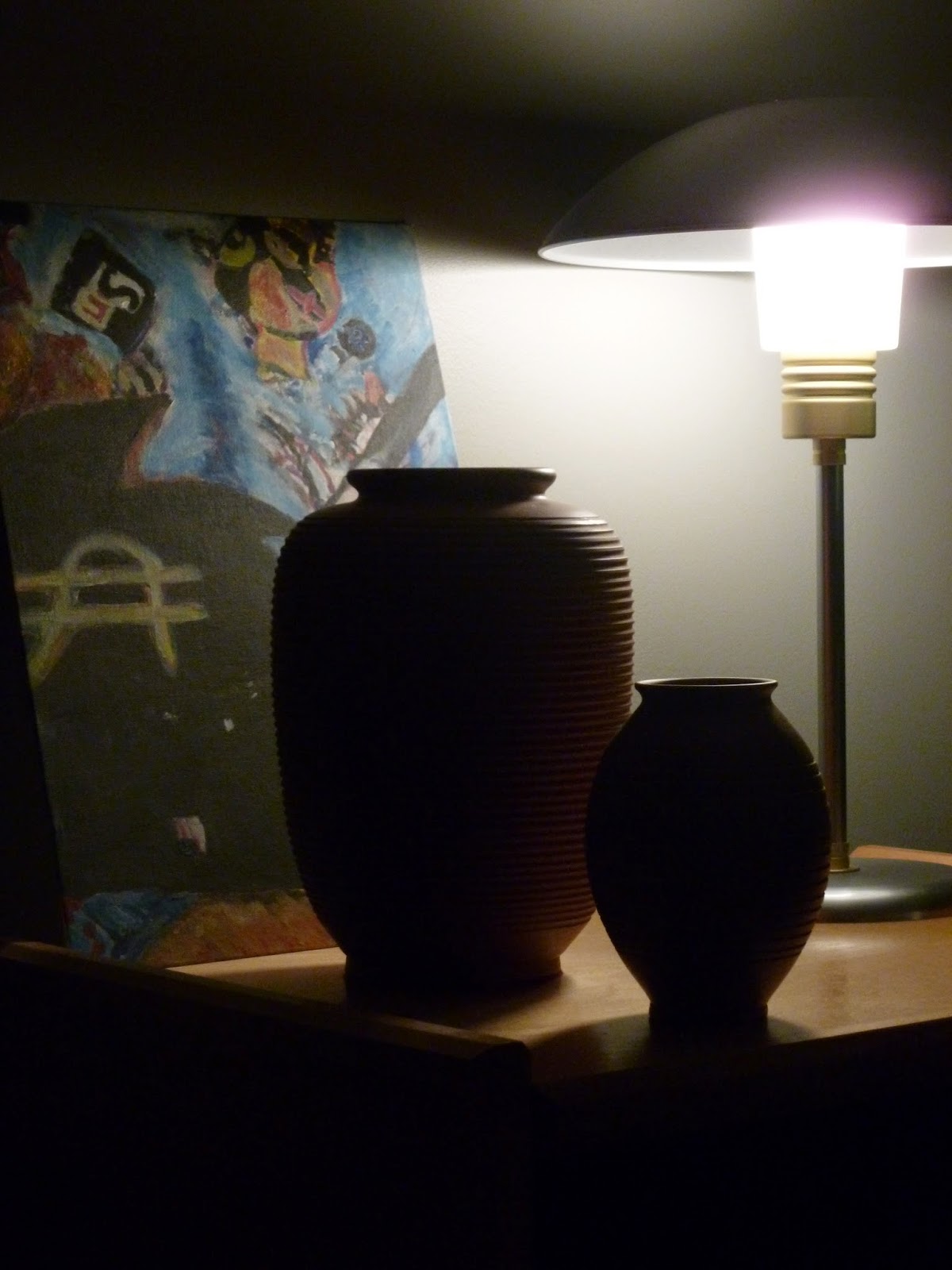 I have these fleeting images that flash over me occasionally. Not quite memories (for they never really happened), not quite déjà vu (for they never really didn’t happen), but an odd mix of time and place jumbled together with the memory of lives I lived only in my head, while immersed in the pages of a book. My own personal memories cobbled together with the storyline of some vaguely remembered novel.

They always take place – these pseudo memories - in the house of a barely remembered best friend that I had in grades two and three – the years we moved away to another city before returning to our old home in Winnipeg. I loved her house, a corner lot across from the river. A stately white two-storey in park-like surrounding, large comfortable rooms inside, peopled by a family who not only didn’t mind that I spent most of my days there, but welcomed this kid from the less-moneyed side of the Regina Avenue divide.

It was the polar opposite of the army house that we spent those two years in, cramped and stark and exactly like every other house on the street. It was in my friend’s graciously-appointed house - with the secret playroom cleverly built into the slope of the roof and accessed through the back of the closet in her sister’s bedroom – that I found a sanctuary for my daydreaming ways. All these years later, it’s where my mind still goes for highlight reels of great moments from my childhood.

Recently, since the sudden onset of winter, I have been getting these flashes that involve the simple act of re-reading a book. I see myself, on a similarly cold snowy day, curled up on one of the big armchairs that flanked the large multi-panelled living room windows in my friend's house overlooking the river. In that fantasy, I have hours of unscheduled time to read a P.D. James novel, whose title and even whose plot I have largely forgotten but which, at the time I actually read it, I subconsciously set in that very house. That much I remember of the book, not a lot more.

The imagination forms layers over layers of memory and memory of words. When I am stricken with that image, all I really want to do is read that book again in that very spot that I never actually read a book, but that somehow holds the memory of that storyline for me, along with the warmth of real memories.

What an odd place it can be, inside this brain.
Posted by Barbara Bruederlin at 7:28 pm 2 comments:

Email ThisBlogThis!Share to TwitterShare to FacebookShare to Pinterest
Labels: not quite memory 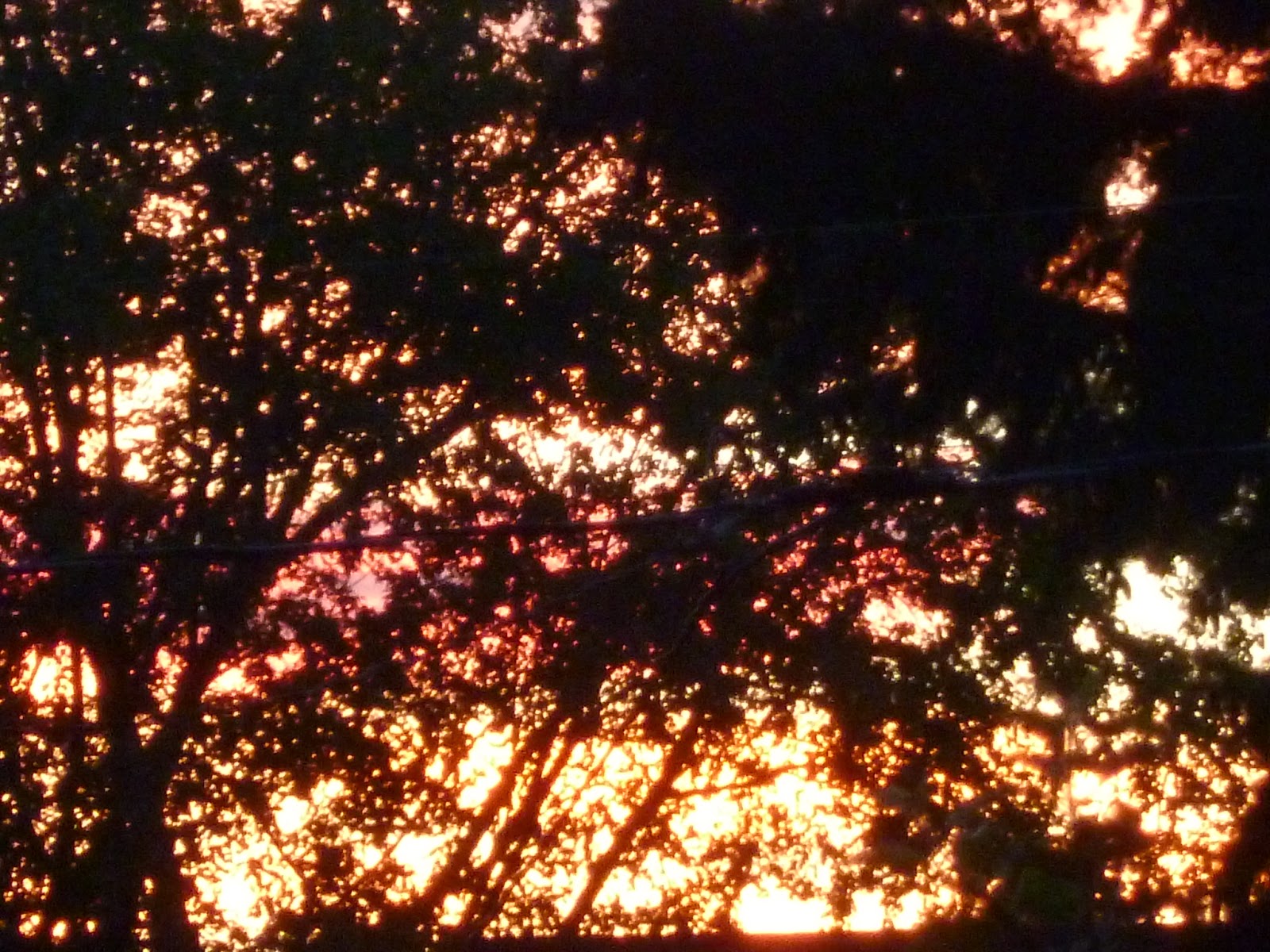 The End, The New Beginning
- Jo-Anne B. Foster

This self-published first novel by Calgary writer Jo-Anne B. Foster is an imaginative and somewhat sprawling tale of optimism and industry. In it, the protagonist (who is later renamed Angel by her new-found tribe) is saved from certain death following the destruction of the entire nation, by a friend who whisks her away at the penultimate moment to an undersea bomb shelter. It is during the three years that the two spend in this ocean floor sanctuary that Angel learns the life skills needed to rebuild a life for herself in a new country, among new compatriots.

Most of the story unfolds after the pair re-emerge from the ocean, when Angel is taken in by a large family of wealthy and multi-talented entrepreneurs. It is under their care that she builds friendships, a hotel and a reputation as a sharp shooter with the Seals Special Forces tactical team.

As she also does in her second novel One Thousand, Foster effortlessly creates a world in The End, The New Beginning where she allows her fertile imagination to play with things and ideas that obviously intrigue her. She has a knack for creating feisty women with a penchant for 1940's sensibilities, ballgowns and Blue Martinis.

Foster's growth as a writer is evident in the greater sophistication and tighter writing that she displays by her second novel. However, despite its looser structure and focus, The End, the New Beginning tells a ripping good tale. Given Foster's relative inexperience as a writer, this is no small feat.

The End, the New Beginning is a brave first foray into fiction by a writer who has worlds yet to reveal.

**
I should mention that Jo-Anne Foster is also a talented visual artist, who will be having her first art show on Saturday November 22, 1-4pm, at East Village's Golden Age Club. If you are in the Calgary area and want to check out some of the sassy female faces that Foster paints (and also prints onto tee shirts and buttons) do stop by.
Posted by Barbara Bruederlin at 4:16 pm 6 comments: 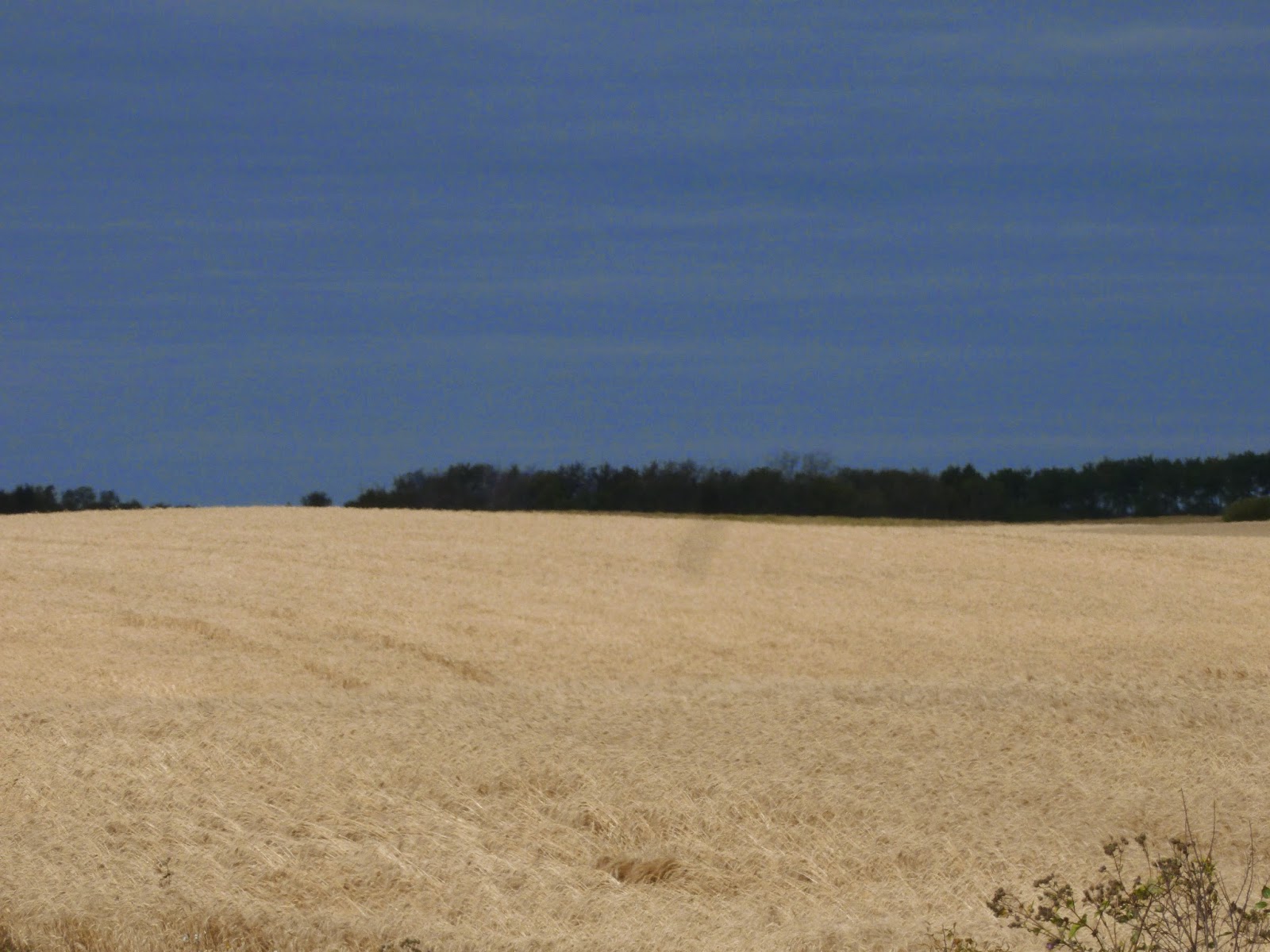 I never know what time it is in Saskatchewan.

Sure, it's in the same time zone as Alberta for half the year, Manitoba for the other half. But the trouble is I can never remember which half.

I admire that flatland feistiness, though. Nobody tells a stubble-jumper what to do, how to think. Twice a year, they disembark from their tractors, their farm trucks, their Honda Civics to stand in the middle of the Trans Canada Highway facing whatever direction they damned well feel like. Hand to heart, they proudly declare in one voice hell no, we won’t change.

No back and forthsies for these tillers of the soil. The wheat fields may be buffeted by the winds of change, but not so the minds of their stewards or the clocks they choose to ignore.

Their football fans are assholes, though.
Posted by Barbara Bruederlin at 6:56 pm 4 comments:

Email ThisBlogThis!Share to TwitterShare to FacebookShare to Pinterest
Labels: my issues with geography, the gap, time messing with our heads 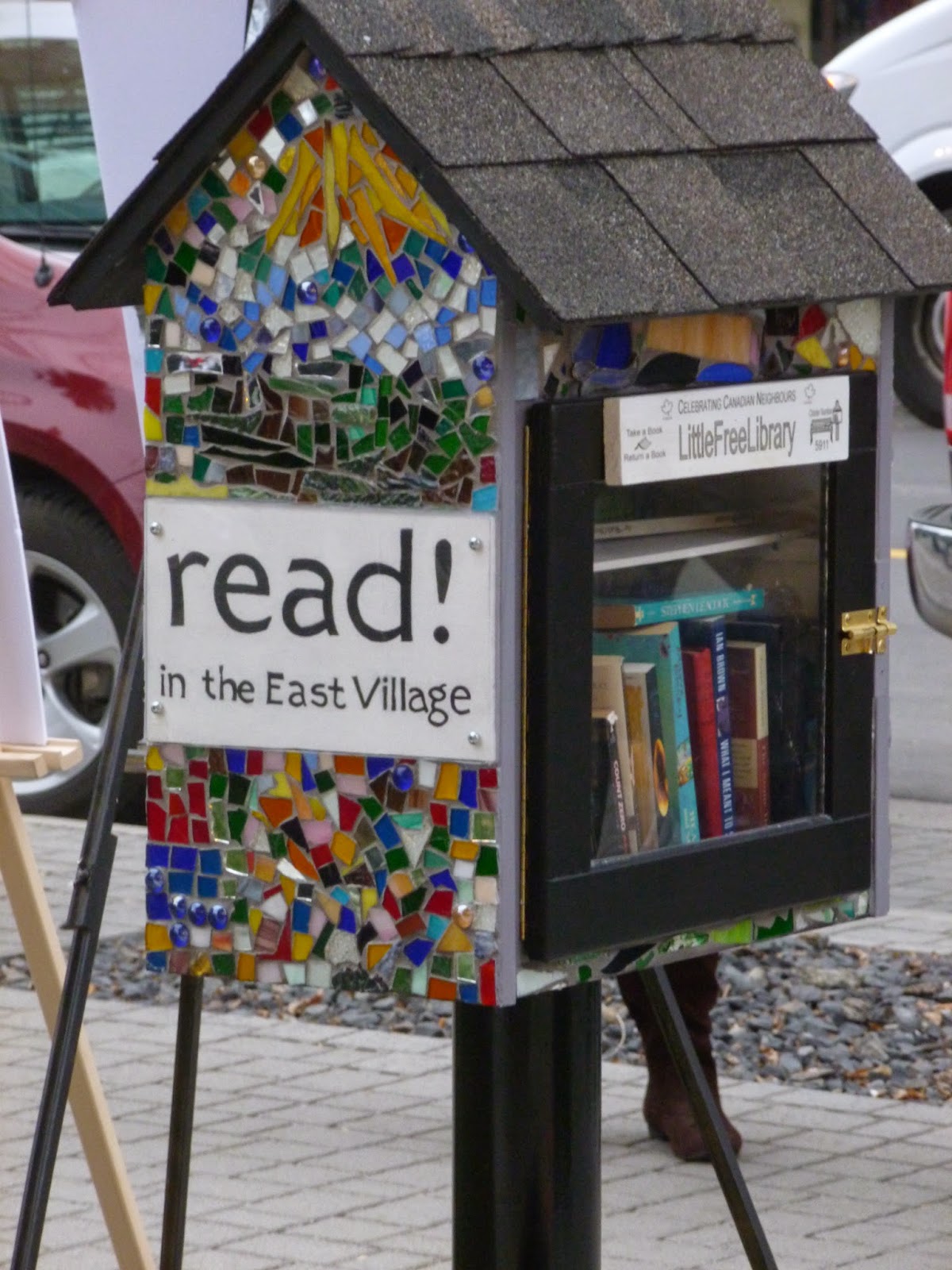 It wasn't just the fancy doughnuts that lured people out of their beds earlyish on a chilly Saturday morning, although that certainly didn't hurt to swell the numbers. Most were there to support the community effort of installing a Little Free Library in a historically marginalized area of town. Many were there to check out the communal mosaic-work that they had been hearing about.

Judging from the number of people who took their turn at the mic, it would have been a great spot for a karaoke machine. 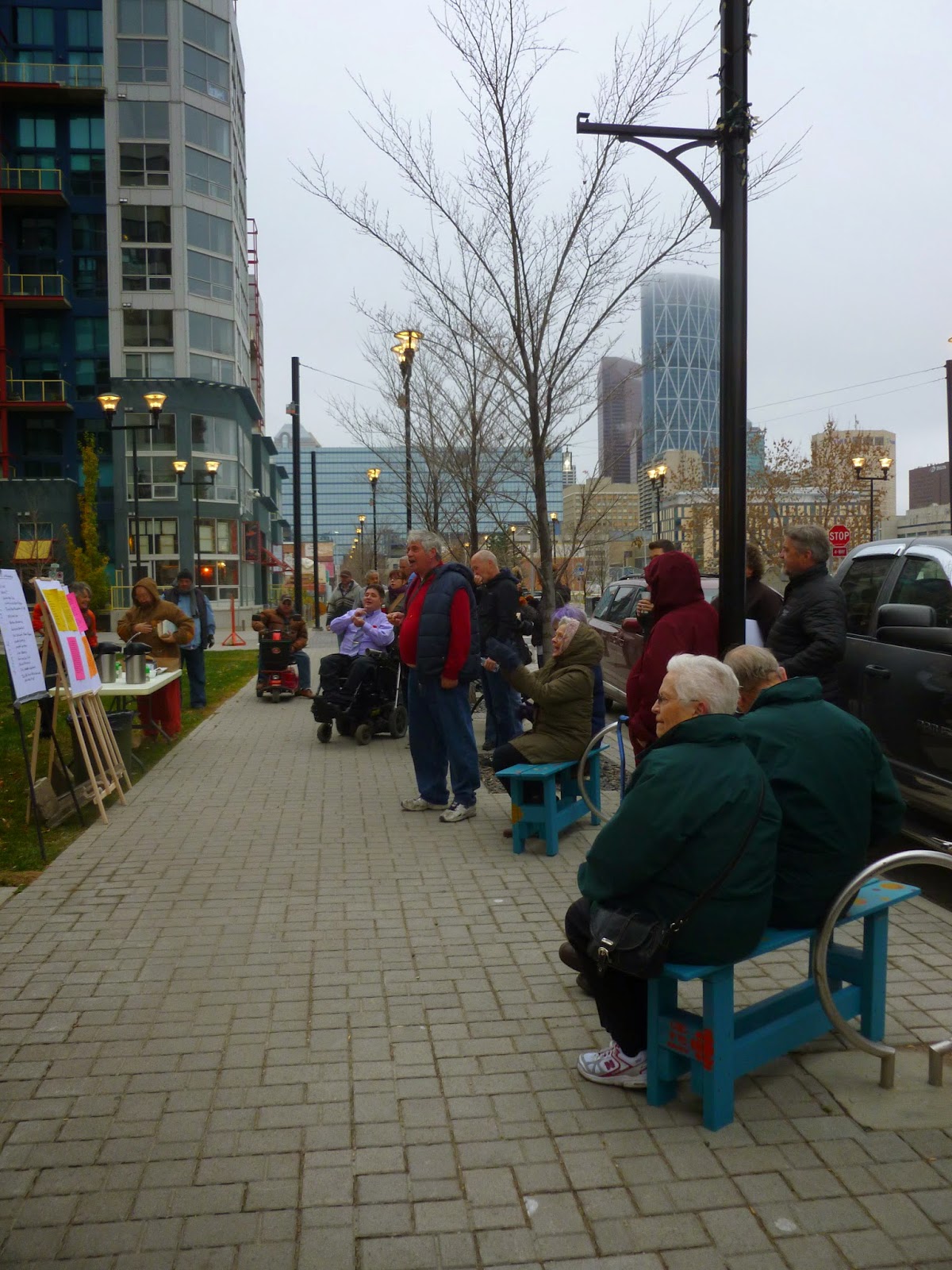 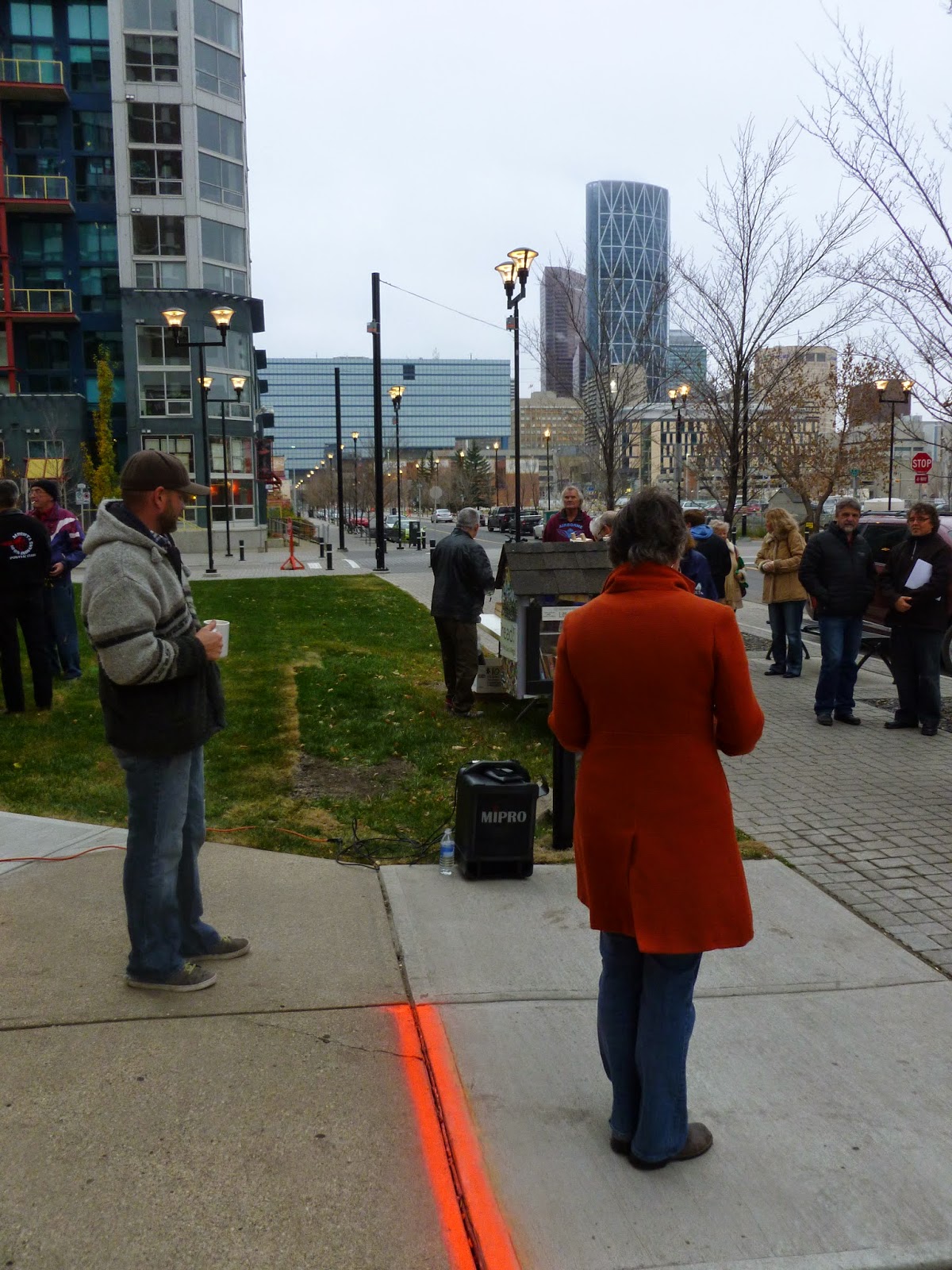 Posted by Barbara Bruederlin at 8:59 am 2 comments: