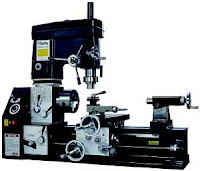 It's approaching a singularity of sorts, the technological void around these parts. The camera which was once dropped into a lake and whose battery compartment door is held closed with duct tape appears to have finally given up the ghost. It owes us nothing.
Meanwhile, it is proving increasingly harder to be the last remaining Luddite who refuses to carry a cellular phone. There have been too many instances lately where my inability (refusal?) to be reached instantaneously has caused no small measure of frustration for others and increased legwork for me.
But if I am going to succumb to societal pressure and carry around a blasted phone, I want it to be worth my while. Sure I could haul out one of the old clunkers that now reside in the junk drawer, but there's a good reason those are in the junk drawer. With not even so much as texting ability on those phones, I didn't see the point in paying a fee to make maybe two phone calls a month.
No, if I am going to be dragged kicking and screaming into the 90's, I want to do so with a piece of technology that will do it all. And since we rarely use our home phone except to receive automated messages about credit card offers, I am considering getting rid of the landline entirely. Plus I don't want to replace the camera, but use the phone exclusively for taking photos instead. But I am also cheap and I want to get the best value for my money.
I welcome any advice.
Do you have any recommendations for both a phone and
for a data pack that won't put me in the poor house?
Posted by Barbara Bruederlin at 3:10 pm

Email ThisBlogThis!Share to TwitterShare to FacebookShare to Pinterest
Labels: I'm just a luddite girl living in a techno world

Samsung Galaxy S2 is good from what I've heard. I'm happy with my iPhone. I have a data package that gives me 1GB and I never ever go over. I have My 10 (unlimited call/text to those numbers), local calling, etc and it comes to $80/month. Before without the Smart Phone my bill was $65.

You can also look into a bundle with your TV/Internet. The Boy gets a corporate rate ($10 cheaper than my package), so the SU may be able to get that for you.

I don't have a personal mobile device of any kind, and I still have a land-line, but I am required to carry around a blackberry for my job. It takes surprisingly good pictures. Beyond that, I don't know anything about what device is best and plans and bundles are a total mystery to me. I confess that I kind of like not being always connected. Besides, my personal telephone time can't be more than 10 minutes per week. Maybe I need more friends.

We got rid of our landline almost 3 years ago and haven't missed it at all.

My cost is about same as Allison's, tax included. I went with the Android platform for a number of reasons. The phone I got comes unlocked which means when I go to another country I can just get a card for it and not be subject to ultra expensive roaming. It also has nocarrier software on it. In my case, telus.

Looks like my DH will be among the shrinking pool of Luddites if you make the switch...

Sunday he called me from the pay phone at the grocery store, wanting me to meet him there. I had walked far enough away from my cell phone not to get the call but I saw the alert. Rushing and fumbling my way to the car, I repeatedly tried calling him back to reassure him that I was on my way, only to get a persistent busy signal. Upon arriving at the store (much to his perspiring relief), I discovered that the pay phone had been busy because someone was using it to have a marathon yak session with a friend, armed with a fully charged phone card. "Cell phones" and "rudeness" often go hand in handheld, but this served as a good argument for cell use. Now if only I could convince Carl...

I do not recommend the LG Rumor2 -- navigation is clumsy and ill-conceived. However, Credo Mobile is my carrier of choice, since they support political causes I agree with. They're linked to Sprint.

Good luck; I hope you get something you're happy with.

Thanks for your help! It's actually costlier than I expected, Al, but I have probably been living under a rock. I may have to rethink this, as I don't want to spend more money than I earn...

My personal telephone time is considerably less than that, Mr Anchovy. Obviously I have NO friends! I wonder if I really need a cell after all, maybe I should just get a new camera instead.

I'm pretty sure I wouldn't miss the landline, John. But now I am starting to second guess the need for a mobile device at all.

Do you still have to pay roaming charges within other parts of Canada, Kelly? That's where most of my travel occurs.

Your story sounds similar to what I have been doing to people lately, Vol-E, with my reluctance to go mobile. Except that I am the one doing the mad driving (or running) around, trying to meet up with people.
I'll have to see if we have the same access to carriers as you do in the US.

End point is if you want data and voice you're pretty much looking at minimum of $50 a month plus taxes.

You could get a new phone and a pay-as-you-go plan for $10 a month or $100 a year, it would text but you might have to pay extra for that

There aren't roaming charges with the numbers included in your "Favourite Numbers" though. I don't have more then 10 people I talk to regularly so this works for me, especially with all the traveling I do.

It might be more advantageous to get a new camera though, if you feel you wouldn't use a mobile that much. They are costly things.

Thanks so much for all your input. It really helped a lot, as I am completely ignorant of this sort of thing.

I'm starting to rethink this idea. Since I rarely use a phone anyway, it probably is better for me to forget the whole mobile thing and just get a new camera. Which I will also never use...

...it is proving increasingly harder to be the last remaining Luddite who refuses to carry a cellular phone.

Yeah it is hard, but I lost all desire to have one of those super-duper smart phones after seeing several people down in Disney World have their job call them while in line and demand some sort of work. I simply do not want to be contacted that easily, but in many ways I'm antisocial.

Good point, Beach Bum. I am a freelancer, though, so I would welcome work offers regardless of what line I was queueing in. I really must give this some more thought.
And I also must get back to the Flash Fiction Friday group! I've been remiss lately.

Y'know I would definitely go for an iPhone if I were you. Great little device and very practical. You might even be able to write part of it off as a business expense as a music playing device. (Kinda critical when reviewing music.)

Blackberry's just reek of "corporate hoohah" and just lack the elegance of the aforementioned device.

I vote for an iPhone then. You won't know how you lived without it six months from now.

The first vote for the iphone, Sean! Of course you realise this means I would need a tutorial as to how to use it first...
I like the idea of being able to write off part of the cost as a business expense. Of course this works a lot better if I earned enough to claim any expenses.