another Canadian musician you should know: Kyla Hanna 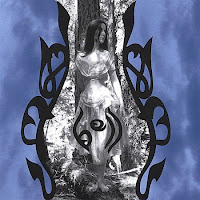 Sometimes the nicest things are found in the most unexpected places. Recently a friend attended a coffee house musical evening in Rossland BC, where she was smitten with a performance by Kyla Hanna, a singer-songwriter from the Kootenays. Knowing that one of my missions is to shine the spotlight on struggling Canadian musicians, my friend thoughtfully sent me Hanna's CD Bell.
One of the first things that strikes you upon listening to Bell is the lilting quality and clarity of Kyla Hanna's voice. She could easily pull off those vocal gymnastics that plague prime time singing contest shows and most Super Bowl renditions of the American national anthem. But although she certainly has the ability to do so, thankfully she doesn't. Instead she offers a much more tasteful and pleasingly restrained showcasing of her vocal talents. A lot of lilting melody, a bit of layered harmonizing with herself, all against a simple and restrained guitar and piano accompaniment, with a soupcon of horn thrown in for emphasis.
Bell is a charming little album, leaning toward symphonic metal (September) in its dramatic imagery, touching on celtic folk (Sailor's Life and All I Am) in its storytelling sensibilities, all the while remaining firmly grounded in clearly enunciated Canadiana. I hear touches of Joni Mitchell somewhere in So This Is. I can't quite put my finger on it, but something in Hanna's words, or perhaps the way she pronounces them, conjures up visions of the girl from Maidstone, Saskatchewan. But Kyla Hanna really showcases her versatility and her vocal chops when she throws the saucy blues number, Black Matthew, into the mix.
Bell is a very strong debut release. Kyla Hanna may currently be a coffee house staple in the Kootenay region, but I expect it won't be long before the secrets of her talent reaches past those encircling mountains.
kyla hanna
Posted by Barbara Bruederlin at 3:10 pm

I imagine it's a fairly common one, Mr Anchovy, at least I hope so.

Nice to hear about musicians in parts of the country you may not have heard of. I'm feeling a bit overwhelmed with new music lately, but I shall keep an eye open for this one too.

Thank you for this review, Barb! I'll send it along to Kyla ASAP. I'm so glad you enjoyed the CD as much as I did.

But....symphonic metal? That description confuses me...

If I am not mistaken, I think she actually grew up in Smithers, Al. You may have a passing familiarity with the place...

That's what I was reminded of when I listened to September, WC, something in the dramatic intensity and the imagery of the song reminded me a little of something Nightwish might embrace. But that's just what I heard.

For Sure she is the real thing. When she was a teen she spent time on Haida Gwaii. She had me hypnotized as she sang her magic tales, mixing naturally with the wind and the distant ocean breaking on the shore.

That sounds like a perfectly magical moment, kingtyde, thanks for sharing that with us.