the most wonderful day of the year 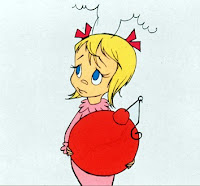 Just as the lunar eclipse aligned with the winter solstice this year, so too did Pyjama Day coincide this year with Get Your Own God Damn Supper Day, known amongst religious circles as the Festival of St. Grazings. I did take mercy upon my poor starving family and prepared a large platter of cookie matter, but after that, they needed to sharpen their own hunter-gatherer skills and fend for themselves for 24 hours.
Despite the strong chinook arch in the southwest sky, and the rising mercury, no foot was set outside the doors of Casa del Zombie. The dining room table was commandeered into board game central. I went low-tech with the annual board game purchase this year, sticking to the tried and true Parcheesi, which I was stunned to learned neither the Spousal Unit nor the Resident Offspring had ever played before.
Why, I was practically raised on that game! Parcheesi and Monopoly are where I gained all my Machiavellian prowess.
We played so many games of Parcheesi that by the time we switched to Crokinole, we could no longer keep the direction of play straight in our heads. Wine consumption, I am sure, had no bearing upon this.
Do you have favourite games to play at Christmas time?
Posted by Barbara Bruederlin at 4:00 pm

I love board games, especially Monopoly.

I love board games. I recently found an old Battleship game that I can't wait to subject some poor, unsuspecting kid in my family to for an afternoon.

I would love to challenge you to some cut-throat rounds of Monopoly sometime, Dr M. You simply must attend BlogConDeux and I will crush you at the games table!

I wish I was that unsuspecting kid, Lesley! Old weathered board games are the best, too, bearing that patina of play.

Sounds like our house for the past few days. Normally, we stick with trivial pursuit, but this year we've been playing charades into the wee hours of the morning. Gets quite lively! I'm sure the cookie platter graving doesn't help this.

Charades is a pretty lively game to be playing into the wee hours, Al! I salute your yule stamina.

i haven't played board games in years which is quite unfortunate. I remember fondly those times of family games either around Christmas or some other cold winter Sunday

You should break out the board games, Kelly, for old time's sake. You don't need a lot of people either. I always buy games that you can play with as few as two people; there are loads of good ones.

I anti-heart Monopoly. Debbie loves it, but that's because she's pure evil. We're fans of Catan, but didn't get to play it this Christmas as my parents and grandmother were visiting and they are not fans. We did play a LOT of cards though. And I took too much pleasure kicking my parents' asses in Wii Jeopardy.

I can no longer get interested in Monopoly. Played it one too many times years back. Played Sorry over the holiday, meh, but enjoyed Canasta even when my partner and I could not come up with the cards.

Years upon years ago I played Parcheesi with my grandfather often in the aftenoons after school. That game is timeless for me.

Nothing finer than kicking the parental ass, John! Way to Jeopardize! How did your evil wife fare at it?

I've never really learned Canasta, Leazwell, but completely agree about the timeless nature of Parcheesi. I had forgotten how perfect that game really is.

I love Parcheesi but haven't plated in years. Crokinole is an old favorite too. I used to love the game Payday and also Life. I'm all about pyjama days too. I'd come over but it would mean having to get dressed!

Oh just book a seat on that new nude airline and get yourself out here, Dale! We'll put towels on all the chairs.