the nearer your destination 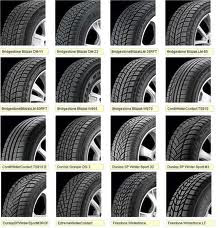 Despite the fact that I have new tires on the Urban Assault Vehicle, I have to admit that I am a little terrified to drive downtown tonight. The horror stories of extremely icy conditions, ramps being closed because people can't navigate them, double commute times, were doing nothing to make me want to test out the safety of the new rubber. I have faith in my tires, just not so much in anybody else's.
I felt so badly when my concert date called. She will be arriving home just in time to let the dog out for a quick wee and to throw back a much needed glass of wine, before I pick her up. We should have just met up downtown, from whence she is driving, the poor thing.
I think the wisest decision of the day was to take the train down to the Dan Mangan concert tonight. Dan better appreciate this.
Posted by Barbara Bruederlin at 4:41 pm

Email ThisBlogThis!Share to TwitterShare to FacebookShare to Pinterest
Labels: screw you winter, the things we do for music

Looks like you folks are having some weather. We had a couple days of rain and today plenty of wind, but we haven't seen any real snow yet.

Ah, Dan! I know he's worth it! I hope everything goes OK with your drive...We have crappy conditions here, too, today.

I don't know if you saw on Facebook - but he had someone drive posters from Edmonton to Calgary .... must have been a very appreciative evening!

Hope it was a great concert and I really hope you made it there and back safe and sound.

The weatherman was practically beside himself predicting the possibility of snow for here tomorrow. Yea right, like that's going to happen.

Hope it was great and that you all stayed safe and warm!

Signed,
So Not Ready For Winter

We have been having all sorts of weather, Mr Anchovy. Shoveling has become a continual activity around here.

Totally worth it, WC! And the Burning Hell were so much fun too, and terribly sweet!
We decided to take the train, so I had a bit of driving to pickup my date and drive to the station, but nothing like attempting to head downtown.

Dan and his band were actually on the CBC drive home show last night, Stephanie, and they were sending out tweets, looking for someone to drive those posters to Calgary. He was very appreciative of the fellow who did so, giving him props numerous times.

Great feel-good concert, Toccata, late night but safely returned.
You should airlift that wussy weatherman here for a few days. He can help me shovel.

It was warm and cozy inside that church, Lesley, gave a whole new meaning to sanctuary.

I remember visiting in the winter and finding it so very odd that Calgary didn't plough the roads. I can't imagine driving conditions with that wind. Hope you're nice and warm inside today!

So true, Barb. Te roads are like a skating rink...and some stupid drivers out there as well!

Our new mayor has vowed that residential streets will be plowed as well, Al, so we'll see how that goes. Fingers crossed.

People have to learn to pay attention and slow the fuck down in the winter. Stay safe out there, Jas.