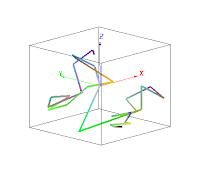 Email ThisBlogThis!Share to TwitterShare to FacebookShare to Pinterest
Labels: Friday random playlist, the battle of zeroes and ones

Your devices can create their own playlists? Wow. I wonder how I can get mine to do that...

I'm listening to Loyal She Began by Handsome Dan and his Gallimaufry as I write this on CBC's Radio 3. Nice.

I think the laptop wins. I thereby dub him "Ike."

Hmmm...interesting experiment. I think I'd have to say the laptop knows you best though.

You need super-duper intelli-gadgets, WC. Or, you can just put them on shuffle, like I did. *grin*

I'm glad to hear they are on Radio 3, Toccata! I thought you would enjoy Handsome Dan's music, and that of his Gallimaufry as well.

It's retro blogging weekend around here, Lesley. Get your 2006 clothes on!

I like Ike! Ike it shall be, Beckeye. You can be his godmother.

I think you may be right, Al, Steve and I are still circling around each other, sniffing.