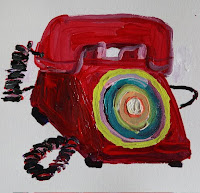 Oh look, it's a meeting of the mix tape mutual admiration society, Sean!

Thank you for this, bring on more collaborations!

And thank you, Brian Miller.

So much music, so little time. I'm now listening to one of their songs I found a link to online. His voice and sombre mood remind me of Bonnie Prince Billy's voice on his Master of Everyone CD.

I'm not sure if I'm ready to listen yet. Really seems like the type of music you need to be in the mood for. But I've added it to the que!

The the question - "what colour is this album to you?" Very nice!

Very astute, Toccata, there certainly is a touch of Bonnie Prince Billy in Brian Miller's voice and delivery.
Isn't it great that we can share musical finds like this? The Lightning Bug Situation in exchange for the Russian Naval Military Band, it's that sort of swapping of the music that resonates with us that really makes this whole internetz thing all so worthwhile. I wish I had listened prior to shoveling the walk...