that would explain it 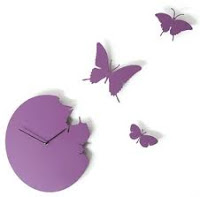 Aha. So that's where the time has gone. It's been turning into butterflies. Odd, it feels more like it's been evaporating.
We've been home since Monday and I am still scrambling to catch up. I did get that all important initial care package off in the mail today though. Gotta look after my baby, first and foremost.
It was a good trip, but really hard to leave the Offspring behind, especially since her residence room faces onto a massive construction site, where a 700 room residence is going up. I'll share some pictures of her stellar crane view later, but thankfully I can't share the construction noises with you. Jackhammers from 7:30am to 6:00pm daily.
There was time spent with good friends; there were awesome sword-fights in the Bard on the Beach production of Falstaff; there were some fine meals consumed; there was not as much walking as a Vancouver trip usually entails, but there was getting lost over and over again trying to drive to the campus bookstore.
And there was my new favourite sign, sported by a panhandler on Davie, naturally:
one dollar away from world domination
What's the best thing you've read on a sign lately?
Posted by Barbara Bruederlin at 7:52 pm

I feel for her. Those jackhammers are a pain in the aural ass.

Do you have a photo of that panhandler? Hilarious!


My word verification: taticles. What?

It was a nice, albeit short visit. Looking forward to October already!

That sign is hilarious, and you've posed such a good question. The last sign that sticks out in my mind I saw in a store window on Main street - "What's another word for thesaurus?"

Aural ass is an image that will remain in my head all day now, Dr M.

I did not whip the camera out fast enough, Lesley. Obviously I need a hipstamatic!

I love that sign, Al! I do recall you posting it earlier and I laughed and laughed. So very clever.

on the upside, she will have construction workers to look at and whistle at

She's actually finding the construction sort of interesting to watch, Kelly, although those orange vests don't exactly elicit a lot of wolf whistles.

No Outlet instead of Dead End on a street in Pennsylvania. It could also have meant No Outlet Mall I suppose?

It was a multi-purpose sign, obviously, Dale. I hear they are all the rage in Amish country.