loose your dogs upon me 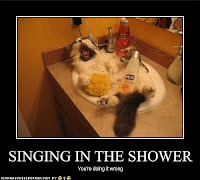 The windows have been ripped wide open the last few days. The front yard glaciers are slowly receding. The sidewalks are clear for the first time in months, except for the occasional tiny lake, but I can leap over those.
And for the first time in a long time, I walked down the back lanes again on the way to the store, which of course inspired me to write bad haiku:
last year's berries hang
from plum trees in the back yard
pretending it's spring
Nothing abysmal about the playlist that showed up for the Friday Random Ten though. This one that had me using the shower head as a mic:
1. Dead letter and the infinite yes | Wintersleep
2. Green eyes | Nick Cave and the Bad Seeds
3. Head honcho | DeVotchKa
4. Things that scare me | Neko Case
5. Ship song | Heather Nova (Nick Cave cover) *
6. Beyond the sea | Bobby Darin
7. Videotape | Radiohead
8. Enjoy your rabbit | Osso and Sufjan Stevens
9. Kettering | the Antlers
10. Do you believe in rapture | Sonic Youth

* were it not for the fact that I can only sing it in the shower, this would be one of my signature party pieces. Just thought you should be aware you've got competition, Heather Nova.
Posted by Barbara Bruederlin at 7:34 pm

Spring to me will now conjure up scenes of Barbara leaping across tiny lakes.

I couldn't imagine deleting anything, John, not till I figure out whether I control or am controlled by the imagination.

I should point out that they are quite tiny. For lakes, that is.

It's certainly spring around these parts. It was 16 degrees out yesterday, just lovely. Glad to hear things are warming in your neck of the woods too. Summer is not far off. Woot!

So what now? About 6-8 weeks for spring, summer, and fall before winter sets in again?

I'm no haiku master, but I thought yours was pretty good.

you mean you still have snow? people aren't starting to garden? no blooming trees?

Twas just a blip around here, I am afraid, Al. Snow tonight and tomorrow. At least the days are getting longer!

Your math is pretty sound, Charlie, although we actually get two months of summer. Spring and fall last two weeks each.

You are a dirty rotten liar, Kelly. You are probably swimming in the ocean already.