crawling back to the starting gate 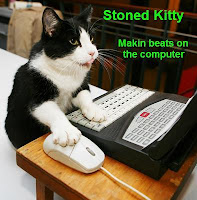 Did you know that if you install a Sims XP game on a computer that's running Windows 7 the universe explodes? At least that's what it feels like.
Let me set the record straight by telling you that I never wanted WIndows 7 in the first place. I was completely happy with XP, which I thought was a pretty decent operating system. But when the old computer died a couple of months ago, I had no choice but to upgrade. I don't hate 7, but Jesus Christ on a cracker, I sure hate having to find upgrades for everything from my printer to my scanner to my webcam just so I can run the damn things.
When the Resident Offspring thought she would play a bit of Sims over the Christmas break, she prudently checked online first to download any upgrades needed so that the old game would run on the new system. Except that it corrupted the computer and I had to take it in to get wiped. I guess the reason that the operating systems are changed every few years is to give the game developers a built in audience for new versions of the games that we already own.
I have the computer back now, after just over a week in the shop, and have almost finished reinstalling everything. I am getting much faster at this sort of thing. I cannot reinstall my anti-viral program, though, as I have exceeded my allowable downloads. Again. So I will be calling up my Semantic boyfriend tomorrow and spending some quality chat room time with him, watching him control my computer by remote, which I have always found rather fascinating.
As I was reinstalling all my bookmarks yesterday, I stumbled up something I found rather bizarre Apparently this blog had been nominated for a Canadian Blog Award a couple of months ago. I had no idea. I also assume I had no votes, since I doubt I was the only person completely ignorant of this development. And that's fine, it was an honour just to be nominated and all that.
But it did pique my curiosity. Why wasn't I aware of this? Just how does one find out about these sorts of things? I know that some of you were also nominated (and fared far better than yours truly). The always news-worthy John Mutford, who runs the fine book blog, Book Mine Set, placed third in the Culture and Literature category. And Wandering Coyote was nominated for her other blog, the delicious ReTorte. Obviously these intrepid bloggers are much more on the ball than I am. Water under the bridge, but food for future thought.
.
Now if you'll excuse me, I must go wash my hair to get ready for my online date with the Symantec tech.
Posted by Barbara Bruederlin at 4:26 pm

I think you should come over the other side, the Mac side. Sure, we don't have tech support dates, but there's lots of other good stuff.

Also, congrats on your nomination! I would have voted for you!

But I didn't even know ReTorte had been nominated until a reader (who doesn't even have a blog) left me a comment saying I'd been nominated! Otherwise, I'd never have been any the wiser!

You was robbed. Ya shoulda won.

Come to the other side my friend - the Mac collective beckons you!

I do feel your pain though, and those perky little Sims are well worth the trouble. You might want to stick with sea monkeys next time - no upgrades required.

Verification word - "tessep" (the futile act of violently slapping any piece of dysfunctional or unresponsive technology in the hope that it might start working again - i.e. "Barb gave her computer a persistent and violent tessep after it crashed, though quickly she realized that Windows 7 had defeated her once again "

You had at least one vote per day from me!

Collective be damned, I stick with John Hodgman for a couple of reasons. First, the one button mouse sucks. Sucks stylishly, but sucks nonetheless. Second, there is much more out there for wintels. Third, the price premium for joining the collective still sucks.

I'm not a big fan of Windows but, for me, it's the lesser of two evils.

If I ever switch, it will likely be to linux.

That's why I let Flannery do all the computer stuff. I can barely figure out how to get paper in the typewriter let alone tweak the computer.

Congrats on your nomination. Pity they couldn't be bothered to tell you.

Sorry, but I didn't vote for you because I didn't know you were nominated. Oh, you said that already.

And Microsoft is evil incarnate.

The Boy had to explain to me what the Sims was. ;)

Normally I would join in and say come over to the Mac side, but it's too spendy for it's own good.

I'm in a pickle at the moment because Mac won't run MS Access, which I need for work and therefore means I cannot work from home. *Grumble, grumble*

I'm glad you were able to restore your computer though, and hopefully next year you'll be nominated (and aware of this fact) so we'll be able to vote for you!

I'm smelling a conspiracy here though my friend. You don't suppose those Sims foiled your chances for Blog superstardom now do you? (insert Twilightey Zone theme here)

I don't know why I am shocked that you are a Mac person, Justrun, but I am. Regardless, I am glad we would still vote for each other.

I need to get myself an eagle-eyed reader like that, Wandering Coyote. Can I borrow yours?

You are too schweet, Dr M, thanks!

You too, UB? Sheesh.

Tessep is obviously a much-loved Mac term, Matthew. I actually have no strong feelings re the Mac/non Mac divide, I just don't want to have compatability issues.

I am so pleased to hear that, John! Thanks. I voted for you as often as I could too, but never once did I think of checking into any of the other categories while I was there.

still nice to get a nom

Mac mice only have one button, Remi? I would feel like I had an arm cut off. Okay, no Mac for me!

I really would have appreciated a heads up on the nomination too,Doc, but I guess that's not how they run things. Oh well.
I'll bet you hit the return arm on that Underwood like nobody's business!

I wish I had invented Microsoft, Charlie, so that I could be evil incarnate(r).

I even got all my programs installed, Al, plus got rid of some of the annoying ones (Webshots, I am looking at you) that they always install at the shop.
It's a drag that your system isn't compatible with the one at work, because working in your pyjamas is excellent.

Singularity, Sean! The Sims have joined in the revolution! Thankfully I still have the friendly virtuals who have my back.
At least we have that big pot of rononi to look forward to. I think tonight I might add some tomatoes as well.

I am willing to promote myself naked, Gifted! I want that statuette!

Thanks for the warning - I would probably go into withdrawal if I had to give up Sims.

That chimp thing reminded me of the country music song "I wanna check you for ticks."

For the record, you're my favorite Canadian blog!

Aw thanks, Phlegmmy, you're a sweetheart! You can pick my ticks anytime.

Oh it's closed, Jen. It closed about a month before I found out about it!