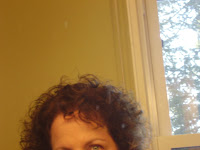 The OFKAR arrived home safely last night (bearing tales of other travelling students planning to sleep in the Montreal airport last night because they couldn't get home to New York, poor things). The presents are all wrapped and under the tree, and the cat is getting increasingly annoyed that the best sleeping spots under the warmest tree lights are diminishing. It's sort of a feline version of the shrinking of the icebergs, and she is getting justifiably concerned.

The seal has now been broken on the gluttonous season, and a few batches of cookies have already been tinned up. The high holy day of cookie baking - the annual Subversive Shortbread Showdown - is planned for later this afternoon. So expect some photos of decapitated Santas, anatomically correct snowmen, and perhaps an Iggy Pop or two in the coming days. Despite the fact that in real life Mr Pop looks like he has never eaten a cookie in his entire life.

The Zombies have even been to a couple of lovely parties in the last two evenings. I am not sure what's wrong with us, but we are feeling distinctly non-curmudgeonly this winter. There is even talk of attending a New Year's Eve p 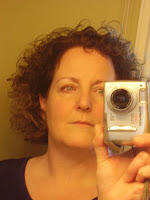 arty, for the first time since we all Y2K'd our way into a decade of hiding in our basements.
It's not our fault, this unaccustomed need to socialize so extensively. I totally blame the Urban Blonde for hosting that swank yet cozy gathering on Friday night, and I am still shaking my head at Stan and Dorian for the amazing blowout birthday/Christmas bash last night. I have not seen so many people crammed into one house since my university days, but back then we were lucky if we were served a bag of Old Dutch salt and vinegar chips at those blowouts. University me would have broken down and wept with joy at the sight of all those groaning tables piled high with food that was not even from M&Ms.
So for those who requested photographic evidence of the new haircut, the pictures in this post are me prior to gaining 25 pounds this Christmas.
Oh look, it just started to snow lightly. May be time for some Bailey's after all.
Posted by Barbara Bruederlin at 9:32 am

Email ThisBlogThis!Share to TwitterShare to FacebookShare to Pinterest
Labels: the official start to the gluttony season

I LOVE the new shorter do. Looks fabulicious!

And who needs a reason to put Baileys in anything?

Thanks, Karen. And you are absolutely right. I am going to go drink some Bailey's right out of the bottle!

Since you love lists:

1. I think your hair is great!

2. I luv Old Dutch chips, but I only get them if Martha goes to Minnesota.

3. Are you going to do anatomically correct snowwomen too?

I LOVE the hair! It's fantastic!

Talk about gaining 25 pounds - I accidentally put twice as much butter in cupcakes that I baked last night than there's supposed to be - so basically it's like eating butter with yummy frosting.

We're also planning on attending our first New Year's Eve party since Y2K. Sounds like we're in a similar headspace. Friends showed up this afternoon, in the middle of our grime busting, with a bottle of punch, which we proceeded to drink while sitting amongst the vile stench we call a house. We had a great time. To non-judgemental friends.

And bring on the subversive short bread!

Charlie:
1. Thanks!
2. I shall fill my suitcase with Old Dutch chips if I ever get a chance to visit.
3. Absolutely, we are an equal opportunity cookie factory.
4. You have just given me a green light.

Thanks, Kelly. She lives and breathes, and I am trying to talk her into taking up blogging again.

Glad you like it, Stephanie! Those cupcakes actually sound pretty awesome; I'd sure eat them.
We got your card and it's gorgeous, you talented woman, you!

that's good because I'm sure her one blog this year completely exhausted her. On the other hand at least there is one person worse yhan I at blogging

I'm so glad you liked the card! It's actually my first year doing Christmas cards - and I, like you, am going to keep it up!

And you're right, despite the high butter level - the cupcakes are delicious and are being devoured at a rapid rate :)

I love your new haircut! You look fab. :)

I am really looking forward to seeing the results of Subversive Shortbread decorating. I have some sugar cookies that need decorating here, but it will have to wait until tomorrow...the holiday madness has just begun and I already need a nap. Perhaps I need to start putting Bailey's in my tea. ;)

I don't know, Kelly, I'm pretty sure you have her blown out of the water in the blogging department this year. Not that I'm keeping tabs or anything.

Yours was one of two homemade cards we got this year, Stephanie, and they are both so lovely that I almost feel inspired to make my own as well. But I'd have to start in early January.

There was much napping going on in the Zombie household yesterday, Al. IN fact 3 of the 4 residents indulged. Perhaps I may need to get in on the fun...
SUbversive Shortbread has been delayed until today as well. No point in working too hard over the holidays.

Love the new 'do.

And hey, we're supposed to eat, drink and be merry. The eating helps with the merry making. We just had a meat and carb potluck over the weekend and it was fan-damn-tastic.

Also, thanks so much for the Christmas card! I was a slacker this year and didn't send any out.

My word ver is Boatera, which sounds like it could be the new indie darling band of 2010.

Oh and thank you so much for the card you sent me!

Your hair looks great! And I don't think I've ever had shortbread, so I shall go looking around for some to taste. Subversive shortbread though, is a whole other story.

I tired of baking shortbread (I made small batches), so yesterday Tom bought the yard long box of Walker's Shortbread. The difference between the two isn't worth noting.

I've got Boatera on my must-buy list already, Beckeye. Thanks for the heads up.
I sort of feel like I've been having a meat and carb potluck every day this week. But really I have just been eating like I am at one.

You're welcome, Stephanie, although it wasn't as lovely as your handmade one.

You really must get some shortbread into your tummeh, BAP. It's a prerequisite if you are ever to become a true Canadian.

You saved yourself a lot of work, Leazwell. But sadly you missed out on the chance to offer someone a disembowelled Santa.

Geez, I just sat down here with my steaming cup of decaf (sans Baileys-note to self buy Baileys) on my first day of my Christmas holidays, hell my first day off in 7 months all prepared to write a few lines about great it was to see you and Jerry the other night for food, booze and fun (I'm still laughing at all of Jerry's great stories!)and thinking how great it is I can finally relax when I made the mistake of reading these comments first and found out I'm actually under intense pressure to produce some fricken amazing blog post just because I haven't written anything since I started working at my fab job which has a two hour commute in total each day even though all of you especially Kelly should know that I write imaginary blog posts every day while commuting and send them out telepathically and like seriously turn on your telepathic receivers so you can receive them in all of their blog-worthy glory and I just remembered I have a bottle of Kahlua which I think I'll just drink straight seeing as my coffee has now gone cold because I've been writing this comment instead of drinking it.

I think you can consider that missive to be the equivalent of a blog post, UB, so I think the ball to produce is in Kelly's court now.

And of course it reminded me that I completely neglected to send you the thank you email I had been meaning to send, for the lovely time. I even managed to save a few of the glutens for the Offspring.

So we all thank you!