so I always write you letters in multi-colour 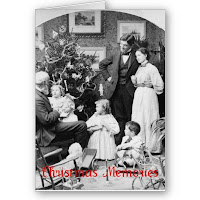 I get a little sentimental around Christmas, I admit. Normally I pride myself on being a hard-nosed pragmatist, but at Christmas I tend to indulge in nostalgia and I get swept up in the trappings of tradition. Maybe because it's a time of list making and reflecting on the past, maybe it's simply that I have more time to reflect, as I hole up against the elements.
I like to end each evening, sitting quietly in the dark for a moment before bed, with whatever creature happens to still be stirring in the house, and let myself get lost in the lights on the tree. I'm not sure if you can even call it reflection that I indulge in, probably looking without blinking would be a more apt description, but it's a tradition that I find comforting and calming and one that I intend to keep.
I also send Christmas cards. And yes, I send the annual brag letter to people with whom I haven't been in close contact throughout the year. I realise this is turning me into somewhat of an anomaly, increasingly so each year, but I really do enjoy the process. I admit I get a little overwhelmed by the stacks and stacks of cards spilling off the dining room table and by the realization that I am only up to the Gs in the address book, and holy crap I don't have quite enough stamps so I am going to have to stand in line at the post office again. But it is worth it to me, in order to maintain contact with people.
It's sort of like the anti-Facebook.
A large number of people on my Christmas card list are elderly. Some of them are parents of friends, some are former neighbours, some are relatives, and some are old friends of my parents whom I started writing to on their behalf and whom I continue to write to now that they are gone. These elderly people are the ones who ultimately keep me writing Christmas cards. They are never going to be on Facebook, and sadly, there are fewer and fewer of them each year. I like to think that they enjoy being remembered, even if it does mean they have to read my big braggy letter each year.
Of course I always fear getting their cards returned to me, or getting a card from their son or daughter a few weeks later, letting me know that their parent is no longer with us. I hate the act of crossing their name out of my address book and I try to do it with as much respect as I can.
Today I received a card from a former neighbour, now well into his eighties, with whom we always exchange Christmas messages. He doesn't mention his dog any longer and I don't want to ask, but just knowing that he is still around and still in his own home makes me grateful. And I know that he enjoys our correspondences as well, as he makes mention of rereading last year's letter from us and commenting on things that I said a year ago. You know it must mean something to someone if they keep your letter for a year.
And that is why, despite the fact that sending Christmas cards is falling into disfavour, for being archaic and environmentally unsound and costly and time-consuming when there are faster, cheaper, easier options, I will always send Christmas cards. Until they have to pry the pen from my cold, dead fingers.
Do you have any traditions that you refuse to give up, despite all odds?
What keeps you doing the same thing year in and year out?
Posted by Barbara Bruederlin at 3:32 pm

Email ThisBlogThis!Share to TwitterShare to FacebookShare to Pinterest
Labels: if you think nostalgic zombies are disturbing now wait until they've had a few drinks, zombies do Christmas

We only keep traditions that we enjoy. Tourtierre on Xmas eve is the only non-negotiable tradition, everything else is open. We still send xmas cards too. In addition to the usual update letter, soemthing handwritten inside which takes a lot of time. Oh yes the other non-negotiable is having a real tree, no faking it here. And although I am not a xmas carol fan we do listen when the place gets decorated. Bing Crosby and egg nog and bad for you snacks

This is the first year I haven't sent out cards, and as I receive them in the mail, I feel a little twinge of guilt for not doing so, but just couldn't bring myself to do it this year. My parents now have the task of doing my Gran's cards, and they were saying it was hard, but they'll keep doing as there is just something to the chirstmas card that really warms the heart.

When we were packing up my Gran's stuff, seeing her address book was completely melted my stone heart. Every single address and phone number from the past thirty years. There is nothing like a tangible piece of mail. :)

Oh my gosh, that almost makes me cry! I just sent out some cards today, in fact. I like it, too! And I think there are a LOT of things in front of yearly cards that we could do better for the environment. I kind of hate that argument.

My grandmother is 84. She sends out about 150 cards each year, and gets around that many in return. I think it's a beautiful thing, and if she couldn't write them, I'd do it for her.

Amen. I too will always send cards. And I got yours today. Thanks!

I still send B'day and wedding anniversary cards to family members and some very close friends...
I wish I could send handwritten letters like I used to when I was a kid...and I also wish that I would too receive a card or two in the mail..

I thought about sending out cards this year, but since it has been a particularly painful one I have opted not to do cards. For several years my ex-husband & I wrote a newsy and humorous newsletter titled "The Holiday Herald" to family & friends. That was a fun exercise.

We haven't sent out Christmas cards in years, and there's always that tinge of guilt when we receive handwritten (or worse, handmade) cards from others. And yeah, we have our fake tree and handmade crib and jam tarts. No Christmas without jam tarts, ever.

I love tourtierre, Kelly, but I am the only person in the family who does, so sadly that tradition didn't take.
I do enjoy traditional carols, but only after about Dec 15. No eggnog for me, thanks.

It's good of your parents to send your Gran's cards this year, Al. I found that I wanted to continue sending cards to the people on my mom's list as well. It's comforting to keep the tradition going, and besides, you make new acquaintances that way.
There is a lot of history in an address book isn't there? I imagine it would be particularly interesting to a historian or a curator.

Your grandmother sends out that many cards at her age, Justrun? Okay, I am never complaining about how many I send ever again!
And you are right, there are far more far-reaching things we can do to protect the environment than eliminating Christmas cards. Besides, I reuse mine for gift tags anyway.

And yours was the first card I received this year, Dr M! So thank YOU!

I will send you a card or two, Jas, but I need your new address.

I can certainly understand not having the heart to send cards this year, with your recent loss, Moxie. That would be very difficult.
People do actually seem to like to newsy letter, despite how disparaged it is. I do get compliments quite often actually, which of course just eggs me on.

I guess you don't have a lot of real spruce or pine trees in your area, do you, BAP? But jam tarts, that would more than make up for it!
I could never go without making our subversive shortbread every Christmas, which we shall tackle just as soon as the OFKAR gets home for the holidays.

Thanks for sharing this information and hope to read more from you.

John Mutford said...
This comment has been removed by the author.
12:40 pm

Wrestling with the tree after too many rummy egg nogs is my favourite holiday tradition. The tree always wins, by the way, in case you're a gambling woman.

A few years back we started a new family tradition of sticking an oversized cardboard Rudolph cutout on the front on the van and then running over one of my grandmas. Unfortunately that tradition only lasted a couple of years. (Hiccup)

We got your card in the mail the other day. Debbie remarked how much she likes you. I sipped an egg nog and nodded in agreement.

Awww, I like you and Debbie and your cute kids a lot too, John! Meeting you was one of my year's highlights. I am not volunteering to be a replacement grandmother though!

Oh Lord, I didn't mean for you to be a replacement grandma! You're far too young and far too not into bingo for that.

You had me at the far too young part, John. You are in my will.

Thanks for post. It’s really informative stuff.
I really like to read.Hope to learn a lot and have a nice experience here! my best regards guys!