the sidewalks are watching me think about you 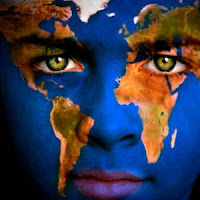 She didn't even turn around after she passed through the security gates, just breezed through as though she had been flying solo for so long that it had become something entirely mundane. It should have made me mournful, I guess, should have made me miss her more, but it really just left me with a feeling of satisfaction.

It had been a great long weekend, the first trip back home for the Offspring Formerly Known as Resident, and it was evident that she was finding her place in the world. Independence suits her; she has an aura of confidence, of self-knowledge that I never noticed before. Sure I will miss our silly banter and our talks about nothing at all. Yes I kept forgetting, as we sprawled on the chesterfield guffawing at crappy horror movies, that she had ever left home. But leaving home, going away to university, was the right thing for her to do.

But where do you go once your only child has left home? What keeps us in a city we have called home for over a decade, even if it's not a city that I ever particularly warmed to? Since the OFKAR has never really cared for this place either, it's not like we have to maintain a sense of home for her in this particular geographic location. But what now?

As we drove home from the airport last night, I looked hard at the passing landmarks, ignoring the fact that I had passed these places innumerable times over the past years, and tried to see them through the eyes of a newcomer. Was this a place I would chose to make my home? I'm not sure.

But if not here, then where? I have always relied upon having a strong sense of place, a strong tie to my home. But this city is so very different from any other place I have lived. It's a city where I have never really gotten to know my neighbours, where I have never really felt a part of the community as I have in other places. And yet, I think it would be a mistake to leave, at this point anyway. Because even if we were to return to the city where I felt most at home (which we won't be doing), I really don't think that you can ever go home again.

Or can you?
Posted by Barbara Bruederlin at 1:28 pm

Email ThisBlogThis!Share to TwitterShare to FacebookShare to Pinterest
Labels: maybe we need a house in every province, snowy day ramblings bring out the Weltschmertz in me

I went home again after nearly 12 years and a promise to myself I'd never come back. What we need in a place to call home changes as we grow up and older, I have found. You have to ask yourself, also, if it's the place that is important or if it's the people or other things. Additionally, a bit of soul-searching isn't a bad idea, either, to figure out whether you are merely going somewhere because the grass is greener. The grass will always be greener, I have found, until you settle in and realize that it's not the place that has the issues, it's you who bring the issues with you when you move from place to place.

Come live in Tennessee near Sparky and me. You'll fit right in and everyone will love you and your husband.

Isn't it funny how the idea of home changes as the years go by? I love, love, LOVE my home, but I'd call another place home in a heartbeat for the right reason. It's just a feeling, after all.

But, please, be somewhere I can visit someday. And make sure you know how to get there, because I will need directions. A LOT of directions.

I've always lived in and around the same city. Although there are a few places I've been where I can imagine myself living, it would take a mighty strong pull to get us to leave Anchovy World Headquarters, especially after moving to a different house, and spending much of the last year making it ours.

I noticed that aura with the OFKAR when we met up a few weeks ago. Warmed my heart, it did. :)

I don't think you can go home again. Because home is just an idea, a feeling. It exists in the form we need it to at the time, and thus for me, its constantly changing. Having returned to places I considered home before (for instance, Vancouver), not only are my physical surroundings different, but my idea of home is shifting as my life changes. Once we lift the notion out of our brain that the idea of home is this fixed thing, it becomes easier to grapple with all the other issues.

I'm not crazy about where we live now, as the allure of home is strong, but much like you, it would be a mistake to leave now.

We have made friends and settled in, but the sound of the freeway can never compare to the sound of crickets and a sky full of stars.

Nice post-- if my laptop were to hold out that long, I'd bookmark it for when my own offspring leave.

The neighbours are nice in Yellowknife. I'm just saying.

I think it all depends on what you think of as home. For me it really comes down to who you surround yourself with and your comfort with them and what you are doing.

Right now I live in an incredibly beautiful place, ocean, mountains, glacier etc, but for me I need reminders of that or it becomes like wallpaper...its just there. I like it here and am happy, but if I didn't have my job, my other half and my friends would I stay? I don't know, so does that mean its not home? I don't know, but I also don't know where I would choose to go.

I've lived in the same place for nearly all my life (except for a brief 3 year period in another state) and like almost everyone here has mentioned so far, home is really more of a feeling than anything else. It's pretty much relative to your state of mind at whatever pahse of life you happen to be in, and now I feel all depressed and excited and terrified at the prospect of all the homes - literal and metaphorical ones - I'll be going through in future.
And I echo kelly. I don't need anymore pondering in my life, thank you.

Nice to see your still actively blogging Barbara.
Were you thinking of moving back to London Ontario? Or some place else/

It is true that you can never go home - i'm there now and I can tell you that it ain't the place it used to be.

But there is such thing as finding a place that suits you - like a nice pair of jeans.

And just because you've spent a decade in one place doesn't mean that is the place.

Life is so short, it's a shame to live it compromised

it's not the place that has the issues, it's you who bring the issues with you when you move from place to place - You are exactly right, Wandering Coyote. I know someone who keeps doing this and I cringe every time she says she's had it with that city and is moving again.

I am sure by "near" Sparky and you, you really meant to say "with", didn't you, Dr M? I am packing the dishes tonight!

I will mail you maps and google map links every day, Justrun! But you are right about needing the right reason to change hometowns. Moving for the sake of moving is soul destroying.

You are establishing roots on top of deeper family roots, Mr Anchovy. I envy you that sense of place.

I am so glad the RO was swaggering around when you got together, Al!
The idea of home does always shift, just as we change and our needs changes and the place itself changes. Home is a fluid concept. I'm just not sure where mine is flowing from here.

It sounds as though you have maintained that original home tie, Doc. I assume you still have family there? That can go such a long way to maintaining a bond to a place.

Oh yeah, that map tattoo is going to look like a map of Mars by the time buddy is 50, John.
You have moved more than most people I know. Do you carry your home with you on your back? Or with your family?

Sorry, Kelly. Did not mean to open that can of worms! I agree that home is so much more than just a place. It's all the aspects of your life that keep you there.

Depressed and excited and terrified is exactly how you should be feeling at this point in your life, BAP. Hopefully more excited than the others. Try not to live in too many fleabag apartments (like I did).

Hi Barbara! It's been a long time! I hope you are well.
No plans to move back to London, just speculating on life after the nest has been vacated.

That was what I assumed, Gail, that home is not the same when you return. And it can't be. But nostalgia is a powerful thing.
And yes, 10 years is nothing to base the rest of your life plans on. On to the next thing!

No, I just build new homes and start new families from scratch.

I didn't even think to look back, I think you get tasered if you try that!

I feel you are so cool u belong in BC...somewhere...not sure where...but in BC. Keep it in mind.

Is your current family aware of this behaviour, John? Should I be making some phone calls?

That only happens at Vancouver airport, OFKAR. In Calgary they just kidney punch you.

You have a twisted idea of cool, Jen, but that's why I love you.