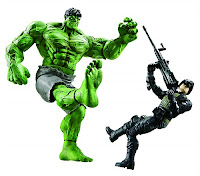 Maybe I'm being overly sensitive about this, but I have had it with getting 6 or more fucking phone books every year.

The Spousal Unit noticed the latest one lying on the front porch when he came home today and tried to sneak into the house without me noticing it and transferring my rage to him.

He needn't have worried. I'm saving my outrage for where it will be the most satisfying. I'm planning my next move right now.

The last one would likely be the most productive choice, but also the least fun.

Posted by Barbara Bruederlin at 6:33 pm

Email ThisBlogThis!Share to TwitterShare to FacebookShare to Pinterest
Labels: it's true I'm a Rageaholic I just can't live without Rageahol, wouldn't it be great to host a regular tv spot called you know what really grinds my gears?

I completely understand the need for the violence and/or extreme measures on this. It's ridiculous. I took about 6 to the recycling center myself. Stupid.

I wish they would change it so that we have to request a phone book in order to get one. Its such a waste. There's been a giant stack of white/yellow pages sitting by our mailboxes for about a week now and not getting any smaller. No one wants them.

Toss them at girl scouts.

I wish I could get a phone book out here in the boonies!

I recall getting 2 phone books while living in Newcastle, and that was in rez. This seems to be an international issue...hmm.

Unless you just want to have an extra one around when you want to tune someone up and not leave marks.

why do you get so many?

I vote B too. Totally and emphatically. A tooth for a tooth and all that. Best revenge ever.
And yeah why do you get so many? I can't remember the last time I saw a phonebook in my house.

C. Because it will invariably be totally futile, allowing you to build up even more rage, which will make A even more satisfying.

Or light a big fire with them, and get spousal unit to take a photo of you laughing manically in front of the pyre along with a sternly worded letter. Big fun.

Become a pro wrestler and use the phone books to tear in half as an intimidation tactic.

I'd say bring along some kerosene and burn them on the phone company's doorstep. You've got to admit that it would catch attention and would also be fairly cathartic, too.

(Perhaps I took a little too much cough syrup this morning.)

I live in an apartment building and the phone company just leaves stacks of them in the mail room so they're easy enough to ignore. The only time I wished I had one was the one time the internet went down and I was looking to call Rogers to complain. Other than that, I'm phone book free.

Back in my day growing up on the farm, (Sask) we were happy to get them. Better quality of toilet paper than most times of the year, except Christmas, when we got to use the little green wrappers from the Christmas oranges. I'm just saying.....

Maybe it's a mountain town oddity, Justrun. You'd think the fact that nobody wants these books would tell the distributors something.

That's the way it should be, Karen, I agree - you should need to ask for one. Who uses them anymore?

I'd have to have a really good arm, Dr M, because up here they are girl guides.

That gives me option (d), Wandering Coyote - send a few of them to you.

It's a conspiracy by an international cartel of tree haters, Al. I am convinced of it.

(a) would be pretty satisfying, Bubs. I may have to rip them in half first to fit them in the mailbox slot, though.

That's the six million dollar question, Kelly. Nobody seems to know the answer though.

I know! Who even uses phone books anymore, BAP? I have fears of getting caught doing (b), but then again that could lead to all manner of fun as well.

Oooh I like the fire idea, Kees! But I did do the sensible option (c) this morning and I am suspicious at how easy it appeared to be. We'll see.

Brilliant, Beckeye, it will be a tool that will eventually replace the folding chair for ubiquitous wrestling prop.

I think the phone book company's office is in a suite in a building, Remi, and I suspect the fire department would frown upon my little cleansing ritual. I like the idea though!

The little green wrappers from the Christmas oranges must have been the Cadillac of toilet papers, Anon, so soft, so crinkly. Those phone books just leave ink on your dainty bits.

Wow, Barb your post really resounded with me today. I've been bitching about this archaic practice for years now and the more I complain, the more phone books that seem to show up on my front porch. Not to mention that bulk shipment that seems to show up at my office every year.

I honestly don't know what to do at this point aside from dumping them on their doorstep as you suggested... Does anyone even use these things anymore?

So please on my behalf as well, please feel free to release the hounds of rage on their yellow pages ass. While you're at it, could you go after those Coupon Clipper Packages that keep showing up in my mailbox? I need a scented panty liner sample like a hole in the head.

It's the strangest thing, Sean, I called the phone book company to ask to be taken off the distribution list and they said okey dokey, we'll put you on the opt-out list. I am suspicious that such a list actually exits (much like the do-not-call list scam), but I guess time will tell.

It does my heart good to know that you have been fighting the good fight against wasteful phone books all these years. I'm just hoping you can find a re-sale outlet for those panty liners.

You have that problem up there too. It's a waste of resources.

I'm not getting them anymore. I think I signed up somewhere for a DON'T. I'll check around and let you know.

Thankfully I don't have to keep them as I live in an apartment complex!
I sure is a lot of waste of paper...

Phonebook fire of the vanities.

You'll be a hero, the Jane Goodall of phonebook dead trees

It's an incredible waste, Leazwell, it should be outlawed.

I actually called them and they put me on an "opt-out" list, Beth, so we'll see what effect that has.

One of the benefits to living in an apartment, Jas.

I will hang onto the old ones in case this "opt-out" list doesn't take, Gifted. Then we'll get the matches going.

I know this'll make me sound like an enabler, but we all need a tall glass of rageahol from time to time.

It has always been considered a feat of great strength to be able to rip a phone book in half with your bare hands. Work hard at developing this skill, and when you are able show up at the phone company's office and starting tearing - this will scare them senseless and perhaps motivate them to stop sending you this crap.

With or without ice, it's always just what we need, John.

I was wondering why you get so many too...

All of the above is usually always the correct answer, Todd. I'll bet you excelled at multiple choice exams.

THere's just something about phonebook induced violence that makes for great television, Rachael.

It's been an issue in the news around here several times. One local even tossed the books back on the phone companies steps.

That must have been my cousin, JustA.