these truths I learned at the Brier 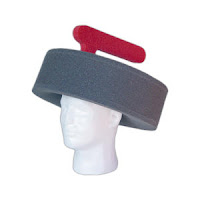 - I would kill to have one of those UPS curling rock hats that I saw on those ladies I was chatting to in the washroom.

- you can avoid heartbreak even if you are cheering for both teams who are playing one another because in curling, you cheer a good shot, no matter who makes it.

- whoever was supposed to change the hammer signal on Thursday morning either did not show up for work, or is either an incompetent or lazy fucker. That thing never got changed on the scoreboard.

- it takes a while to train your eyes to follow four games at one time, but you can do it!

- I did get the chance to yell out "yo Charleswood!" and I didn't even feel like as much of an asshole as that heckler a couple of rows in front of us who stopped chomping on his sausage long enough to demand if the Manitoba team intended to "show up for the second half". He got glared at quizzically by the Manitoba lead (considering that Manitoba was winning) and the rest of us just gave a collective shrug.

- Brier audiences have got to be among the most knowledgeable in the world. At one point, I looked around the stands and I can't even tell you how many pairs of arms I saw up-stretched, pointing toward the house depicted on the megatron, and drawing out shot strategies in the air.

- the curling sheets are a lot narrower than they look on tv. I'd throw the damned rock into the next sheet, for sure.

- the Brier Patch is a just dark drinking hole with no aesthetic qualities whatsoever. It's a massive barn-like darkened room that holds 4,000 people at long rows of tables. And yet some people spend the entire 10 days of the Brier there. Waste. Of. Ticket.

- I would definitely go to the Brier again. Anywhere, anytime. It's in Halifax next year. Hmmm.

And if you would indulge my Canadianity for a few more minutes, here is the only real curling song in existence, the wonderful Weakerthans with Tournament of Hearts:

Posted by Barbara Bruederlin at 3:33 pm

Email ThisBlogThis!Share to TwitterShare to FacebookShare to Pinterest
Labels: curling as a metaphor for life, is my Canadianity showing?, Winnipeg breeds curlers and musicians

In Halifax you say?
Hmmmm. Well you'd better book your tickets and get your butt down here then

The sheets (all 4 of them at our rink) are all separated by walkways, so there's no chance of throwing a rock into another rink. I don't know how other rinks do it without the separation!

Glad you had a good time, and I'm surprised the coffee wasn't Tims. What's up with that?

so it was a good time? was there lots of that yelling "HURRY HARD!" whcih I really don't get

I think they should bring back the corn broom if only for purely aesthetic reasons.

Are you not entertained?

It's starting to look as though I am going to have to do exactly that, Gifted. Let's see, do I know anybody in Halifax that I could annoy while I am there?

They were well separated at the Brier too, Wandering Coyote, but if you have ever seen me curl (or bowl, for that matter), you'll know that is no guarantee I will stay in my own lane.
I was shocked by the lack of Timmy's too, I had myself all geared up to do some rim rolling. Which is a big deal for me, as I usually never get disposable cups.

There was lots of hurry hard and all sorts of other esoteric curling phrases tossed about, Kelly. It was great!

Jeff Stoughton from Manitoba uses a corn broom when he shoots, Remi. And I think it's quite an old one as it kept dropping straws on the ice. tsk, tsk.

I have been hugely amused by this, John. Although to set the record straight, it was Radiohead's publicist who made the statement about MiCy needing to lose her sense of entitlement when she grows up. Thom did say this on their website though, upon announcing that they were off on their South American tour:
wish us all a safe journey if you still like us and you're not one of those people i have managed to offend by doing nothing
Do you not love it?

I love that curling hat. So awesome.

And that Weakerthans tune is grand! Glad you had such a great time.

That Radiohead "feud" is so amusing. Silly Pop princesses.

you can't use radiohead

no one has been changing that little hammer signal all weekend and it's driving me insane!

I just heard about that Radiohead/Miley thing. Hilarious!

Curling is a huge sport here in Mn. I used to go watch competitions when I was younger, but haven't been in years.

I do have a few Twitter friends that have been trying to get me to partake, now I'm tempted.

Those same ladies that I saw in the washroom with their UPS curling rock hats were in the newspaper yesterday, Al! This pleased me greatly.
Isn't that Weakerthans song the best! Gotta love them.

Just watch me, Kelly! Are you going to stop me? You and Whose Army?

How hard would it have been for the score changing dude to shift the hammer signal while he was there, Stephanie? I just don't get it!

It's still the only sport where you can drink while playing, JustA. Although all those athletes are trying to ruin it for the rest of us.

pretty cocky when you know IU can't stop you

I want one so badly, Kees! I would wear it everywhere.