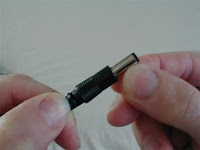 I am still without a power cord for my laptop and it's starting to make me a wee bit crazy, as I now realise that there are files on my laptop that I could really use right about now. I thought I had an hour of battery time left on it when I shut it down about a week and a half ago, but it won't turn on, so I am assuming the battery has drained?

Yes, I tried removing and replacing it, but no go. I just hope that this is not a sign of something more serious, like a delayed response to the little power cord fire I had. We shall see, I guess.

So what have I been doing to keep myself from missing your adorable faces while I am forced to share a computer with someone who does not hesitate to play the I need it to do my homework card? I have been rediscovering Sudoku, of course. In fact, I am rapidly becoming the Sudoku champ around these parts.

I am also particularly proud that we are three for three in my pledge to bring a load of stuff to Goodwill every week.

And the Polish or Romanian or something woman who works there is just so adorable! She always pitches in to help bring stuff from the urban assault vehicle, and she is totally cute and bubbly and friendly.

Plus she is a really good liar. Today I brought in a big honking butt-ugly hanging Tiffany lamp on one of those ugly chains, and she told me "it is very beautiful, but I am afraid we cannot accept chandeliers, as they need special wiring". And when I pointed out that no, you actually just plugged this into the wall plug, she thanked me for explaining it to her.

I just want to adopt her. It is very beautiful, indeed.

Posted by Barbara Bruederlin at 1:07 pm

Ten more days! Why so long? Can we blame Canada Post. I like to blame the postal service for everything wrong. ;)

I hope there are no more problems when you do get the power cord back.

I was never able to get into Sudoku, but glad to hear you're becoming a superstar, while laptopless!

Figures you are one of those Sodoku brains! Lucky.

That tie-died shirt is fantastic!

he could have just pulled a cord out of a toshiba box in the store.

your boyfriend has maybe found a new love?

That sucks about the power cord!

I don't get Sudoku! I don't get anything with numbers in it actually.

Good work on getting the crap out of the house!! I'm impressed! Thank Gawd for that Goodwill, there is hardly a thrift store left around here.

Rented Young @ Heart tonight for the weekend. Looking forward to it, thanks again for the review.

Did you get files from K? I kicked her A$$ to send those to you yesterday.

I like sudoku to an extent but I don't play too often as I feel it just encourages my entirely self-diagnosed ocd. Once I start one, I just can't stop.

I used to do crossword puzzles religiously, though. They used to be the highlight of my working day. . . a fact the bosses never really found out.

I feel your cordless pain! It happened to me once, and I still shiver at the memory.

I HATE Sudoku. It just makes me feel stoopid. I'm pretty good at logic problems, so you'd think I could do Sudoku, because it's kind of like a logic problem with numbers. But anything involving numbers and I are not friends. Especially my checkbook.

Mostly they deserve the blame, Al, but I'm not sure they have yet entered into the equation in this case.
I'm almost afraid to get the new powercord, to tell you the truth, just in case my laptop still won't start.

That tee is great, Justrun, I agree. Trust me, I would never have given away such a great item.

I think maybe he doesn't care for me as much as I thought, Kelly, and this breaks my heart.

I really don't think I will, Mr Anchovy. I have never liked it.

It helps to be OCD like me, Wandering Coyote. And they are easy numbers, it's not like I have to do calculus or anything.

That Goodwill is awesome, UB! Have you encountered the blonde European woman yet? So sweet!
I hope you enjoy Y@H, it's so charming. And if it doesn't make you cry, you are pretty stern stuff.
I got the files from K! They look pretty great. Looking forward to the new incarnation of the magazine.
Finally, a fellow Sodukan.

I understand entirely, Remi, having OCD tendencies myself. But I'm not smart enough for crosswords, although I imagine one gets better at them with practice. And bosses should encourage their use! Don't they sharpen your mind?

Thank you for sharing my pain, Westcoast, but where were you when I needed you to share it the other two times this happened? Hey?

But they are little numbers, Beckeye. Sort of like MY chequebook.

Yup. The bosses just aren't fond of people sharpening their minds when they should be doing something more productive, like working. Details. . .

Well done, you, re: the loads of stuff to goodwill. I've cleared about a dozen SUV-loads from my loft since I moved in, and life is clearer and sweeter. I don't miss any of it, either.

"when I pointed out that no, you actually just plugged this into the wall plug, she thanked me for explaining it to her"

this is amusing me to no end. At least I hope it's to no end, because it looks like this computer problem might take a while. Take lots of notes.

And yet they probably expect you to use that same sharp brain on work, Remi. It just isn't fair.

A dozen loads? I've got some catching up to do, Phlegmmy! But isn't it glorious? I love getting rid of stuff, being a wannabe minimalist and all.

She's pretty adorable, John. I'm going to keep bringing stuff to that Goodwill just so I can keep hearing some of her awesome lines.

Pfft! Playing the need-to-do-homework card. Who does she think she is, anyway.

I don't know if I warned you about those Future Shop Boyz, but a girl should never let them steal her heart