sometimes it's just a matter of going to the right store 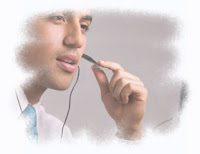 - asked me if my laptop was still working alright instead of declaring that he had to send it in to do an analysis
- said I could keep my laptop while he ordered me a new cord (on warranty)
- let me keep my old cord until my new one arrived, even though he could get into trouble for that, and I only had to plead a little bit
- served me during pauses while also serving an earlier customer

I have found the store that I will deal with from now on. I was so pleased that I bought a bunch of blank cds that I didn't even need.

UPDATE:
The cord that my Future Shop boyfriend allowed me to keep has now died a final spectacular death. With sparks and everything! I admit I was afraid to turn the laptop back on after quickly shutting it down last night when the cord started sizzling, but it seems to have escaped any catastrophe.

It has one hour of battery time left. It's probably a good thing that the Resident Offspring heads back to school Monday after almost two weeks of exam break, otherwise there would be some serious territorial wars surrounding the PC.

Posted by Barbara Bruederlin at 5:03 pm

Email ThisBlogThis!Share to TwitterShare to FacebookShare to Pinterest
Labels: and he was cute too, customer service tales that end happily

Lucy's Future Shop boyfriend is Sven and my Future Shop girlfriend is Inga, we anxiously await their arrival.

I was massaged by a Future Shop employee as I was looking for an ink cartridge. I'm afraid to go back.

If I count correctly that makes two store based boyfriends now. I guess I need to do more shopping if I'm going to compete with your hotness.

Hooray! You're not laptop less.

Hmmm...that sounded weird. But you know what I mean. :)

God dammit why don't we have Future Shop?!! I want a Future Shop boyfriend. Very pleased you had a happy ending.

it's always a treat to get good customer service when you least expect it...

Why is it that we want to celebrate and tell people when we get good customer service. It speaks volumes.

But congratulations anyway. If you got that from FS, there's hope.

They sound just like my IKEA boyfriend and girlfriend, Just! That couple gets around.

Sometimes they get a little carried away with their "customer first" motto, John.

It's actually 3, I have to smugly admit, UB, as I couldn't choose between the 2 Starbucks ones.

It does sound a trifle risque, Al, and it may turn out to be not entirely accurate too, as I think the cord pretty much crapped out completely last night. But at least I still have it!

Future Shop boyfriends are very nice to have, Kees, although perhaps a Tesco or a Marks and Spencer boyfriend will work just as nicely, I'm not sure.

It would be nice to expect and to receive it all the time, though, wouldn't it, Mr Anchovy?

It is a sad statement, indeed, Gifted and thank you for keeping it real, yo.

Ohhh send me his phone number, K? Can we share him? I promise not to break any parts...

It's a bit of a commute for you, Bridget, but we'll see if we can arrange a joint custody.

you women hmmphhh....just want to use that poor guy and spit him out!

Ah thats good!
I also have one BF at the Best Buy!:D

I really agree with the title of your post. I've had really bad experiences with Future Shop until I switched store (it meant driving 30km, but I didn't really care). I love the Future Shop where I now go (moved, thus switched again, but was scared to do that), the guy told me that if my laptop needs a major repair in the next few months, they'll give me a new one since mine broke so many times and they were not going to change the hard drive or motherboard again. Now I just want my laptop to break, lol.

But he's so useful, Kelly! It would be a shame to waste him.

I have never said this to anyone before, Evelyne, but I hope your laptop breaks soon.

Yeah, I meant to do that a year ago, when the last power cord died, but they are actually pretty hard to find, Jen. I need to bite the bullet and order one from Toshiba.