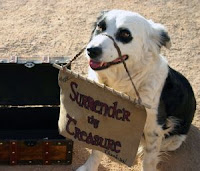 In a week or so, I am supposed to be eligible to start receiving those Employment Insurance benefits that I contributed into for almost 10 years. Yes, I know it's been months since my old job ended, but apparently that severance pay that I fought so hard to receive replaces any benefits until the severance package is used up.

Had I known that, I would not have bothered, but anyway, I have been diligently filling out my EI reports online and when I started receiving payments for the articles I have been writing, I have been declaring that money. Every time I do, I get a message that I have to phone Employment Canada in order to complete the report on account of doing something frowned upon like earning money.

Fine. Except that I have been phoning them a dozen times a day for the past six days so that I can complete my god damned report, and keep getting a message that they are too busy and are not taking any calls. "Try again later", the smarmy recorded voice tells me, and you know she's thinking, "I can play you like a puppet on a string, sucker", and I just want to punch her lights out.

Why do I keep thinking this is an elaborate ruse to keep me from ever filing my report on time, so that they never have to pay me? Just because I am paranoid doesn't mean they aren't out to get me.

*
I feel like I haven't been around to visit everyone's blogs as much as I would like to lately. I've been doing a tonne of research for an article that I am writing, and one thing led to another until I had the germ of an idea for a much more ambitious article that I want to tackle next. I can't really say much more about it at this point, but it's sort of like a unifying theory of everything. I feel rather Stephen Hawking-ish right now.

But the point is, I have been spending so much time in front of the computer lately that I just need to walk away from it for a while, talk to the family and stuff.

And I guess I have just gone against my creed for the year - never apologize, never explain. That's fine for the rest of the world, but for you, I will apologize and explain.

You should probably know that my new favourite tv show to watch whilst exercising (on mute, with music blasting, of course) is World's Most Extreme Homes.

update:
- tying in nicely with the assumption that squeaking your wheels gets you the grease, after I complained to you, I was able to get through to Employment Canada this morning on the third try. Woot! And after queuing for only 20 minutes. Plus, Karen in Vancouver, who took my call, was delightful and friendly and even though I am still not able to access the reporting option because they are still evaluating some issue on my earlier report, at least I now know that actual people work there.

Posted by Barbara Bruederlin at 7:20 pm

Email ThisBlogThis!Share to TwitterShare to FacebookShare to Pinterest
Labels: but NOT Extreme Home Makeover because I HATE that show, getting royally screwed by the government of Canada

It is quite possible they're out to get you. I believe that.
Heh.

Also, I have been IN one of those Extreme Homes of which you speak. Oh yes, they are extreme.

Man, EI is a stupid, cumbersome, inefficient crock of you-know-what. Although I had a fairly easy time with them at one point, I've heard more horror stories than I can count. I wish you luck.

dealing with bureaucracy is next to impossible...that's the rule.

It's about time you get around to writing that article about me.

People have been waiting and it's reported they are tying up Canadian social service phone lines.

Jesus told me to tell you to send me half your unemployment checks. He you could afford it.

Is that the one your friends were building in the Carribean, Justrun? If so, I am jealous. What am I saying? I'm jealous anyway!

It's just a good thing that I am making loads and loads of money writing articles, Wandering Coyote! Ahahaha I crack myself up sometimes!

I can never spell "bureaucracy", Mr Anchovy, and I am utterly impressed that you can. I can't even spell it well enough to find on spellcheck or in the dictionary.

That was my other theory, JustA. Pretty soon they are going to start filling up the emergency rooms just to while away the time until the article comes out. And then we'll be in trouble.

Yeah I hate Extreme Makeover Home Edition. Hey family with a rare disease, we're not going to actually makeover anything, we're going to simply bulldoze that piece of crap you live in now and build a brand new mansion that you'll never be able to maintain or pay taxes on. And that carpenter guy will cry.

Of course they're out to get you!! Man I remember how my mom had to go to court to get her money and stuff. It was an employment thingie as well, I foget what, but I remember being very excited when I met a real live lawyer for the first time.

The nature of a bureaucrat is to always answer "no" initially, and I think bureaucracies are set up to make things difficult for the outsider/user of service to access what the bureaucracy is doling out. I'm sure it's not much consolation to think it's not aimed specifically at you--it's aimed at the entire public.

Good luck with those benefits, and we'll keep a pot of coffee on for when you're finally able to visit.

I sympathize with your plight Barb. By simply "doing the right thing" you end up being penalized unjustly. I say,make a stink, let em' know you're not satisfied. Small consolation I know but perhaps it will force situational improvements in the future.

My last interaction with the federal government went remarkably well. I honestly expected the whole passport thing to be a fiasco. Thankfully it was not.

Good luck to you though. Hang in there.

Precisely, John! And I HATE that carpenter guy, too.

Awww that's so cute, BAP! Did you get the lawyer's autograph?

The Canadian government takes that premise one further, Bubs, but not answering at all! It's even easier than saying no.

Our passport application went remarkably well, too, Sean. The problem arises though, when you do need to complain, there is no method of contacting anyone. Well, other than going down to the office (provided there is one in one's town) and standing in line.

Personally I can't stand ANY of the Extreme home shows but I guess I could tolerate it on mute.

Were you complaining to the top of the libs? There was this article on CBC today that had your name all over it. www.cbc.ca/canada/story/2009/01/08/ignatieff-economy.html

If that coalition gets formed the end of the month, looks like Iggy will be all over it for you.

Ph yeah, Iggy feels my pain, Urban.
I watch a lot of tv on mute, actually, and it's always on mute when I am sweating.

I actually have that already, JustA, it's good! Thanks for thinking of me, very sweet of you.

I just had to post again because I forgot to tell you how much I loved the pic and your title. Makes me laugh every time.

I hope your EI issues get sorted soon.

When that Ty whatshisname is on the telly, and I can't change the channel I have to leave the room. Beyond annoying that one. Stupid extreme shows, fist shake!

I'm still refusing to call it EI or Employment insurance. Sorry, but it's UI. They made that change in the 90s because they thought UI encourages people to be unemployed.

I too love Extreme Houses. Watch it ever Fri night with one of the little typists. THere is also the sista show Extreme Living. Not sure the diff.

I made that decision to stay away from the 'puter awhile ago. I limit my blog visiting but I still make it around and get all my computer work done.

IT's made an amazing difference in my head space and neck and shoulder problems.

It's a label I wear with pride, JustA.

The title is actually stolen from some Belle and Sebastian lyrics, Urban. Stolen lyrics always make appropriate titles, I find. Come to think of it, the pic is stolen too! May as well maintain consistency.

Oooooh I cannot STAND that Ty guy, Al! He's one of my most hated men on tv, which I should totally list one day.

How do you manage to do it all, Gifted? Are you just more focussed in your computer use, limit random searching and such? You are obviously on the right path if it's helping your neck and should problems, something I should bear in mind.

That show just makes me depressed, as it simply highlights that my home is a dump that needs some serious renovating. Sigh.

I held for 42 (yes, I counted) minutes for a Shaw rep on the phone yesterday. I considered hanging up, but I'm stubborn (stupid) like that....I was determined to make them face my wrath.

Good luck with EI...I may be having to deal with that soon (although I do have some exciting job prospects at the moment...fingers crossed)

For me it is escapism, Deb. I know I will never live in a treehouse in Bali, but I sure like dreaming about it.
42 minutes? You win, girl! Way to not let the bastards grind you down.
Fingers crossed on the job prospects!