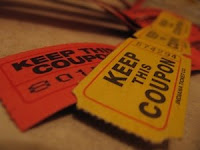 It is with alarming regularity that we are attending 50th birthday parties these days. The one on Saturday night had a lovely nostalgic twist to it though, at least to those of us who grew up in Manitoba, and believe me, we ex-pat Manitobans were well represented that evening.

The birthday boy had requested a Manitoba social (known in Manitoba simply as a social), which I think was an inspired idea. I haven't been to a social in decades, but they formed a huge part of my social life as a teenager. They were also probably responsible for enabling the vast majority of underage drinking in the province, and thus served a valuable societal function.

Socials were generally held as fundraisers for a couple about to get married. A hall or the local legion would be booked, admission tickets sold by the couple's friends and family, and everybody who knew the couple or who knew somebody who knew the couple would show up. There was always a cash bar with pretty cheap drinks and no real policing of who was consuming said drinks. There was a DJ who would inevitably play the Chicken Dance at some point in the night, and a mixture of newer pop songs ("for the kids") and some oldies to get the seniors up on the dance floor, and would usually end the night with Stairway to Heaven.

At midnight, a buffet lunch of garlic sausage, cheese, pickles and rye bread would be served, and throughout the night, someone would go table to table selling 50/50 tickets for a draw for a Texas mickey of rye.

Most every social I attended (and they would number in the dozens upon dozens) had the same format, and yet, they never got boring somehow. It's just what you did on a Friday or Saturday night, and not just in small towns either. Even in the sprawling metropolis of Winnipeg where I grew up, socials held their own against all other forms of entertainment.

It was pretty great to go to a social again this weekend, even if it was held in a suburban home instead of a legion or a church hall. And even if I didn't win the damned 50/50. Again.

Posted by Barbara Bruederlin at 6:24 pm

Ok, that sounds like an absolute blast, 'cept I'd probably substitute the 50/50 for MD 20/20 and Stairway to Heaven for Freebird...

'cuz cheap fortified wine with Lynyrd Skynyrd just go together like that down here!

sounds like fun, with or without the chicken dance.

You Winterpegger's are such Party Animals!

I must have lived a sheltered life in the Center of the Universe but I've never heard of "Socials". I thought for sure at some point in your story that the Men were going to bid on the Ladies homemade pies and that's who you were with for the rest of the night. Or maybe that's an episode of "Swingtown".

Anyhoo, I like the fundraising aspect of it, especially if you're the receiving couple. What a bonus for starting out your married life.

What a great idea to have social! I have to admit I am glad that the social is still alive and well in Manitoba after all these decades - it remains a great way to raise funds for a worthy cause - whether that it is a wedding social or for someone who is ill in the community or just for a good time.
Good to see a great Manitoba idea spreading westward.

I guess a "Manitoba Social" beats a "Cleveland Steamer" six ways to Sunday.

i wish we had socials!

Sounds like every wedding and anniversary I had ever been to back home. Besides the consumption of supposedly out-of-bounds alcohol I liked the 12:00 potluck spread of goodies that would suddenly appear. Mrs. McWilliams made the best Nanaimo bars anywhere!

Garlic sausage and cheese? Oh goshies I am SO there.

I really should have picked up a couple of bottles of MD 20/20 while we were down there, Mish. I'll bet it goes well with Radiohead too. errr, maybe not

I'll bet they do the Macarena at socials these days, Mister Anchovy. Always on the cutting edge, they are.

I don't think they hold socials anywhere but Manitoba, Urban, thus establishing the province's superiority over that place east of them.
There were always a few Swingtown worthy encounters at each social, but that was the cheap booze talking.

It's becoming cool to be a Manitoban, I think, Kathy. Nobody has actually come right out and said that, but I will lay it on the table right now.

Whoa! I had to google that, Dr M, and my world will never be quite the same again. Yeah, give me a social any day.

You should start the trend, 668! You neighbours will thank you.

Nanaimo bars!!!!!!!!! If they had those at socials, I would never have left Manitoba, Toccata.

It's actually kinda the opposite of classy, Justrun, but it does sound genteel, come to think of it.

You're a towny, no question, Beckeye, in one of the biggest towns I can think of.

Oh, I've gotta tell you....you'd absolutely be on a rampage here...I've been thinking about you lately in relation to this.

Our TEAM 1040 sportstalk guys have been discussing Radiohead for some time now (for whatever reason - I think it started at the UBC concert recently held here). Why, on a sports talk show, they feel they're qualified to talk about music, I don't know.

But one of the guys is pro Radiohead, the other - not so much. And the guy with broken ears keeps going on about "if I ever wanna commit suicide, I'll be sure to put on a Radiohead album first, blah, blah, blah" and telling his listeners (all 3 of them) how God awful they are. Now, I respect that music is a personal taste thing and that not everyone's on the same page - but he won't shut up about it. I'll get his address.

Now I totally want to have a Social!

My 50th is in six months. If I throw a Manitoba social, will you come?

we call them stag and doe's. and they are pretty big in a lot of the small towns around here.

Oh dear, March Break plans to go south have been scuppered and there is talk in the GT household of a ski trip to Banff or Lk. Louise.

You know what that means Zombie.

I went to the Legion on Commercial a couple of weeks ago to see a friend who is moving away. We were outside for a smoke, and this elderly lady was sitting on the steps shouting about something. We continued talking, and when she directed her ire at us, we told her we were just talking about old times, we were from the same small town. She says in her crackly hoarse voice "Yeah, well I'm from Winnipeg, so SUCK IT" haha I love her

I hope you have a wonderful time

Aw, but at least you won the phlegmmy lottery this week, and you're the only one wot did. :P

I'm a little redfaced. It took me far too long to pick up on the 50/50 line. Now, I can't get the song out of my head. The Weakerthans at a social would be a great great thing.

I vaguely remember parties like that up in northern Ontario years ago, back when the chicken dance was indeed king.

You wedding sounds like it was a hoot, Deb! We never had a social, sadly, as we lived in Ontario at the time.
The Radiohead-hater sports guy certainly has a right to his opinion. I have no issue at all if somebody hates their music, but for him to imply that they are bad musicians, well all that tells me is there is a reason he is on a sports talk show, not a music show. He knows nothing about music obviously.

You'll need to move to Manitoba and get married again, JustA. I think Wifey might have some objections.

I will even bring the garlic sausage, Beth! And I have got you beat by 5 months, youngster.

I've heard the term stag and does before, Al, and have always found it rather cumbersome. I'll bet they are still fun though.

Oooooh, that sounds exciting, Gifted! Let's talk. There is a possibility that we are going away for MArch break, but it could very well be at a different time than yours.

HA! What a firecracker! I'm going to say that all the time now, Mel. And how nice of you not to be offended for being told to suck it by an uppity Winnipegger.

I won BIG TIME with the Phlegmmy lotto, Phlegmmy. I am still gobsmacked by my box full o' goodies.

I think you are the only person who DID pick up on it, Remi, so I say kudos to you. Wouldn't it be super fun to go to a social with the Weakerthans? I have an acquaintance who curls with a couple of them.

Oh Barb, I forgot to mention she was drunk off her ass, and laughed (cackled) after she said Suck It I'll be she's seen her fair share of Socials

I kinda figured she was, Mel! I'll bet she's gone to her fair share of socials too.

oh yeah...at our fire department xmas banquet we have a 50-50. Its kind of a curse to win because then you have to buy a round for the guys which costs more than what you win....ahh tradition

I agree that these wedding things can go way overboard, Kelly. We didn't have any of that, no social, no shower, hell we barely had a wedding, and I wouldn't want it any other way, personally.
Your fire department buddies play rough with the 50/50!