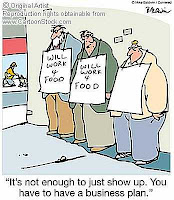 The political battles that have been festering at the institute of higher learning came to a head over the weekend, with emails and voice mails flying back and forth relaying developments and point counter point. Culminating in a cluster bomb explosion of a correspondence from the director, the landscape was changed irrevocably. And when the dust settled, yours truly was included in the collateral damage.

You see, my crime was aligning myself with the old emperor. I have been told that I am a reminder of his former influence and the new emperor wants to clean house. So be it.

I'm actually rather impressed with his recently demonstrated Machiavellian tendencies. I never dreamed he had it in him. Oh sure, there are those who say that he is merely a puppet of the director and that he whined his way into this position. And while it is true that he was one of the privileged spoon-fed ones, you have to admire his political prowess. He's a better player than I am, obviously.

If I sound bitter, it's only because I am. Not so much for myself, but for the research assistant who recently bought a house and was blindsided by this, for the assistant professor who shows true leadership but is being forced into an indentured servant role to the new emperor, and for the old emperor who built the kingdom and whose only crime was leaving to start a new empire, passing the old empire over to capable hands, or so he thought.

I expect to be told that come September, which is when the final nail gets driven into the coffin of the old emperor's influence, there will no longer be a position for me in this brave new world. I only hope they don't try to present me with a cake on my last day, as I will have a difficult time restraining myself from commenting on the perfection of receiving a fucking cake for 9.5 years of service, instead of a severance package.

Anybody need someone who can write pretty decently and pimp stuff enthusiastically?
Posted by Barbara Bruederlin at 5:47 pm

Email ThisBlogThis!Share to TwitterShare to FacebookShare to Pinterest
Labels: poor poor pitiful me, shameless self-promotion, tales from the ivory tower

I hate when new people take the driver's seat and reinvent the wheel. (See, I avoided not using tried and true cliches because had I done so the ironing would have been delicious).

However this falls, good luck with everything. What a lousy situation.

Politics always hurt someone, collateral damage such as it is - never pretty - never kind - and generally reactionary.

That said - in a way you are being given a gift. You have talked about changing careers - perhaps now is the time to benefit from this misfortune. I have complete faith that you will overcome and run with this and be the better person for it.

I love you when you're bitter. Sorry about losing your job though.

Good luck in the meeting today, however if things don't turn out its going to be the prefect incentive for you to look for something you actually enjoy doing, or at least something with less politics involved.

Taking the high road is never quite as fun, but at least you can be bitter here. ;)

Totally understand the bitterness. Politics suck, most of the time.
Really hope things turn out awesome for you, eventually, if not immediately.Good luck, and hang in there!

The whole situation sounds awful for you and your colleagues, but it does sound like a great opportunity to go for a career in a new direction. Although, it always hurts to be pushed out rather than storming out at your selected time.

Personally, I hope they do present you with a cake or some equally insulting goodbye gift just so you can tell have the perfect moment to wave it away with a disdainful flutter of the wrist and tell the new emperor to go fuck himself.

You could always "trip" while holding this said cake, in front of the new emporer...it makes a nice mental picture if nothing else!

I agree with everyone else...that this will give you the opportunity to find something you enjoy and with less of a commute. I am also confident that no matter what you will be able to leave with a subtle but efficent fuck you...

If this indeed happens today and you will be redundant come September I should think a silent slowdown in your work output is in order *stat*.

And if indeed Cake is your prize. I would leave it for your successor. Hidden in your office in several spots preferably between important documents.

You and I both generally keep our blogs fairly clean, so I'm delighted that both of us saw fit to drop a few F-bombs on our blogs today.

And by the way, their loss is someone else's gain. You're much too witty and smart to not get scooped up by a new, sane employer in a flash.

I know what you mean about 'You see, my crime was aligning myself with the old emperor' that is one of the most dangerous political moves possible.

um... no severence? Contract, year-to-year? If si, 'tis the nature of the beast, I suppose. Sukz.

Been there done that. Fought hard even got an apology from the director but of course it was a done deal. I'll say I learned a lot. I was impressed how well I held my own against the big guns.

Nicely cliched, John, and the ironing is always delicious.

Thanks, Kath, this is indeed a time of opportunity. Could get interesting!

Bitterness is one of my finer qualities, Dr M, which you obviously recognised in me.

Taking the high road may not be quite as satisfying, Al, but sometimes it can be more fun (and more productive) - details to follow.

I may be hanging in longer than originally thought, BAP. Go figure!

Storming out would be great fun, Strawberry Blondie, something I've always fantasized about doing. I may have to wait to make a dramatic exit though.

I would try the tripping trick, Steffi except I would probably mess it up and end up face first in the icing. Which actually sounds rather fun.

I like the way your passive aggressive mind works, Urban. Revenge is highly underrated.

oho! I am coming over to read whatever caused you to lash out, Beckeye. I am intrigued, and also going "awww shucks".

Are you offering me a job, Just A? Sounds tempting, I wonder what the family would think.

It has been the nature of the beast so far, Teddy but that doesn't mean I can't change it.
Hey why can't I comment on your blog anymore without signing up? Which I am too lazy to do.

Sometimes that is the most important part, Leazwell, realizing how strong and assertive you really can be.

Ugh. I hate those situations. But they invariably lead to something cooler and much more spiritually fulfilling. Sending good vibes to you.

I'm with Beckeye on the F-bombs. If you save them up, they have immense power when you let them go.

For waht it's worth, I have/am staggering through the same bloodied battle field of work-related politics. It's ugly.
I know how you're feeling,

I've learned some things from experience:

Manage the urge to obsess over it because it will take over and destroy your summer if you don't.

Read history and be comforted in the fact that this is how power works and shifts, for better or worse.

And most importantly of all, find some allies, toss back a few beers and drop a lot of f-bombs. The power of that is transformative.

Thanks, Mister Anchovy, the plane is circling the airport already. actually. And yes a poisoned atmosphere is hard to decontaminate.

Gifted, those are all excellent bits of advice, although I am shocked and saddened that you would have office politics in your situation. I naively assumed that working as you do would shelter one from that. My eyes have been opened.

the public job is the fun stuff,
my real living is made another biz altogether, and that is the tough part, and that is how I know what you're feeling

Tblog is on its last legs... old version of WordPress that requires that I do some fancy smancy ISP host upgrading, which I want to do. Just a bit busy.

In the meantime, sadly, I can't get comments to work. That should be rectified after Elliotte is grown up, I'm retired, or Ingelwood House is completed.

Or this summer, whichever is sooner.

Your life is so multi-layered, Gifted, you fascinating beast!

A little much on your plate, Teddy? Don't be in any rush for Elliotte to grow up - she's too cute as is.