somewhere in a parallel dimension ... 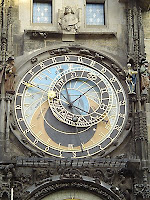 ... Thom Yorke and his kids are making up funny little stories about my daily life

... guidance counselors are telling high school kids that if they study medicine or business in university instead of art or literature, they will surely end up living under a bridge

... Korean Bagel Lady writes a blog where she sometimes describes her encounters with Mr Big Shot. Her friends constantly beg her for more Mr Big Shot stories. "He so evil and hilarious! We love MBS", they tell her.

... musicians all over the world are scouring the titles of my blog posts, looking for ideas for lyrics

... Morrissey gives motivational speeches on the power of positive thinking

Posted by Barbara Bruederlin at 7:49 pm

Email ThisBlogThis!Share to TwitterShare to FacebookShare to Pinterest
Labels: if life were like that you wouldn't need delusions, thanks for the lyrics Jarvis what a real nice guy you are

Morrissey gives motivational speeches on the power of positive thinking

Somewhere (else) in a parallel dimension:

...The American Dollar is strong, housing is pleantiful and affordable, and all is right with the world.

I owe you an email...I SWEAR I am working on it!

(btw: My "type this word in the box" tonight is "TWGNEUX". Isn't this a Canadian snack cracker? If not, it should be...)

You know, I wouldn't be surprised it Korean Bagel Lady does write her own blog.

I had a guidance counselor moment like that in high school (who hasn't wanting to continue in Arts) and they basically said, well study arts if you wish, but except to be a teacher to pay your loans. Nice, eh?

That brain of yours - you should bottle it and sell it in some outdoor market that sells second-hand records and wind chimes!

I bet Morrissey's chowin' down on a hamburger while he gives those speeches.

It's good you are looking out for the interests of the world, Micehell, otherwise we would be sitting through lectures where Mr Doherty sells us on the joys of making art with your own bodily fluids.

Twgneux are great, GOB, and really high in fibre as well.
I'm trying to get a green card right now, so I can relocate to your parallel dimension. Just so long as I don't have to room with that hippie Bush.
And may I say, I do approve of the additional "e"s in your moniker. It doesn't make you Canadian, like the "u" would, but I think it does give you a free tardis ride to the feudal era.

As long as said guidance counselor didn't actually use the phrase "living under a bridge", I would consider that to be positively encouraging, Al. That guidance counselor was not trying hard enough!
I think it would be a crime against humanity if the Korean Bagel Lady doesn't write a blog.

hahaha! Some would say I bottled up my brain and sold it years ago, Gifted. At least most people claim they haven't seen it for years. (And I do think it's happy hanging out with the old records and wind chimes)

While he's touring Newfoundland,wearing his new sealskin boots, John, and chasing all the local ladies.

I've always told my kids to consider the source when listening to advice from the school guidance counselors.

Aaah I'd like to see our Motivational Morrissey.
Also probably in some other dimension, pemogrenate becomes Malaysia's most popular flavour.

*ponders the implications of such a drastic change in flavour*

I've been advising the resident offspring to beware the evil school guidance counselor as well, Urban, as I blame the one from my youth for steering me wrong.
KBL stories are wildly popular!

Pomegranate! That would surely wreak havoc upon the GDP and the stock market, BAP! But you guys do have some tasty flavours - even Morrissey would approve.

John Travolta and Kelly Preston talk about me ALL THE TIME, so I'm sure Thom muses about your daily life.

If I ever have kids, I'll have to warn them to cross the street when passing Old Man Yorke's house.

That's probably the best life lesson you can give your kids, Beckeye. Other than letting them visit at Uncle John and Auntie Kelly's house of course.

(Or should that be Uncle Daddy?)

If she gave me free coffee every day I'd write it for her! Love, Sundown, Mr. Big Shot, Mr. Big Tummy, Dumbass...I'm sure she's called me more! Haha

And that's just what she's called you to your face, Dale. But somehow I never considered the option of you being KBL's ghost writer. Could work.