the Zombie lists come limping back

You can't keep a zombie down for long.

I would like to celebrate my return to the land of the living with a much belated Best Of list. Hell, it's only one week into 08, the Russian Orthodox are just having their Christmas today, we've got loads of time!

With the usual disclaimer that this is a strictly personnel list of my favourite album releases of 07 and with the open admission that I have overlooked so many acclaimed albums just because I haven't really listened to them all, here be my personal picks for the Top 07 Zombie Approved Albums of 07: 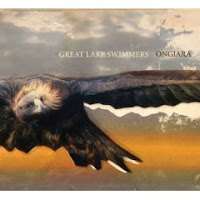 - more stunningly beautiful music from this Ontario indie folk-rock group. Ongiara was recorded primarily in Aeolian Hall in London, Ontario, a venue that is renowned for its astounding acoustic qualities. The feeling of space that this gives the songs matches the solemn beauty of Tony Dekker's voice. 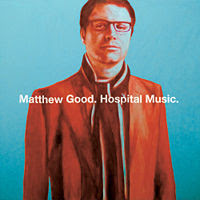 - an intensely personnel album which rose from the demise of Good's marriage, his diagnosis with bipolar disorder, and his resultant hospitalization. Though the themes of many of these songs are almost painfully bleak or bitter, the music is still glorious and a real tribute to this astounding musician. 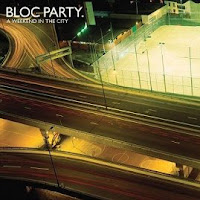 - the long-awaited sophomore album. Although lacking in the righteous spontaneity of their debut album, A Weekend in the City scores points for its maturity of sound and for its continued political approach. 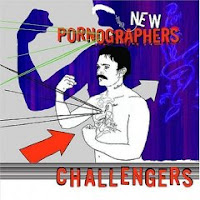 04. the Challengers - the New Pornographers 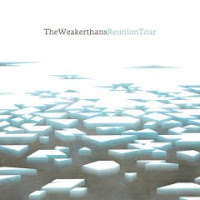 - far too long in coming, this slice of Canadiana was a true high point of the year. The Weakerthans are renowned for their highly literary and poetic songs, covering the span from punk to country-tinged. Reunion Tour is a perfect vignette of little stories of the everyman, bus drivers, curlers, wandering cats, medical oddities, hockey heroes. The Weakerthans' sound has never been tighter and their imagery has never been more seductive. 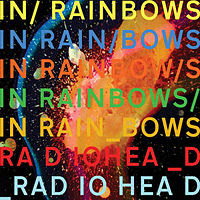 - without question, the most newsworthy and most important album of the year in terms of cultural and music industry impact. But setting aside the question of the impact of In Rainbow's release and listening strictly to the music contained in this album, one is struck once again by the direction which Radiohead has chosen to take their music.

At once more lush and more mature with swooping strings and piano lounge crooning, In Rainbows also incorporates both the electronica and the guitar rock elements at which Radiohead excel. Bringing Thom Yorke's voice to the forefront adds a layer of intimacy to this album, with this being evident most clearly on the track 4 Minute Warning, (available only on the b-side disc of the discbox). In Rainbows shows Radiohead as a band which has matured together, raised families together and approached 40 together. And in this case, that is a very good thing. 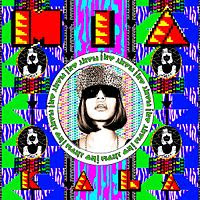 -a glorious sophomore album, jam-packed with so many elements that it should be a mess, but somehow it all works. M.I.A. shows no sign of relinquishing her exuberant approach to music. Kala haphazardly throws together bits of bhangra, hiphop, street sounds, machine guns and cash register noises, as well as clear nods to Pixies. Kala is a bombastic, defiant, highly varied offering of pop fun and political awareness.

If anyone hasn't yet listed their favourites, (perhaps some of you, like me, are still working on finishing off last year), I'd love to hear all about what you were grooving to in 07.

Posted by Barbara Bruederlin at 6:30 pm

Email ThisBlogThis!Share to TwitterShare to FacebookShare to Pinterest
Labels: oh there will be lists, that was the music that was

I've only had the chance to listen to two of the song off of Kala, and I loved them. My most listened to album of 2007 is Icky Thump. I just can't stop listening to it :O) Grinderman and Soundclash got a lot of my on my iPod as well.

Wow. I am surprised at your number one pick. I thought for sure it would be Radiohead. You always keep us guessing. ;)

M.I.A. made my top 15 though, Paper Planes is my favourite track off that album. I did my list so long ago, I forgot what my number one pick was...oh yes, Neon Bible. Good times.

I never really warmed to Icky Thump for some reason, Mel, but hey if you liked it, I think I need to give it another shot.

I was waffling betwixt the two top spots, Al. But ultimately Kala edged In Rainbows out. Besides, Radiohead would have been too predictable, as you say.
Neon Bible very nearly made my list, as sometimes those lists are too short. I see why you went with 15.

Most of your picks had me saying, "I liked the few songs I heard" but I wouldn't be able to pass comment on the entire album. Of the entire albums of 2007 that I did hear, my top 7 would include Feist, the White Stripes and Bjork (though I think each of these artists have done better), Kanye West, Rilo Kiley, Bonde Do Role, and Robert Plant/Alison Krauss. I almost included Bat For Lashes until I realized Fur and Gold was actually released in 2006. I'm so behind.

Well, three cheers for MIA - beating out Radiohead even. I agree with Allison, that "Paper Planes" is my favorite song off the album. I just have not devoted anytime to Challengers so I plan to do that very, very soon. Oh, and I should really get into Mathew Good as well. Neon Bible didn't quite make my list, either. Oddly, I've never listened to it as an album, only checked in when I wanted to hear specific songs. Though every song on there was a "specific song" at one point or another.

I here I always thought you were so unflappable, Just A. Glad I could flap you.

Some of those release dates are iffy, John, released one year in one continent, next year in another. And I think it should be fair to list them in the year in which you heard them.

Kala is a pretty happening cd, Will, although it did take In Rainbows by a mere hair. There are so many cds that I didn't check out fully in 07, it's shameful really.

Brilliant list, of course. I jumped right to eMusic to download the Matthew Good ... but they just offer In a Comma ... downloaded it anyway.

Glad you're returning the world!

It was funny, I recently saw my friend Hank (the lead singer for Wormburner) and finally started to tell him that he reminded me of the singer from The Weakerthans, and I got the "You know you kind of sound like the guy..." and he was like, "from The Weakerthans?" So, I guess I wasn't the first. Thanks for introducing them to me this year! I enjoy the Matthew Good songs I downloaded from you as well.

M.I.A.? Hmm. I saw her at the Siren Festival (heard her, rather...I went to get some food) and she didn't seem very impressive. Our friends who stayed down to watch said pretty much the same.

This post is an example of is why I like you so much. You introduce me to all kinds of new things.

Thankfully there is enough room in the world for LOTS of good music.

I'm rather proud to say I have turned a student onto The New Pornographers. Found out she liked Neko Case and we have been swapping CD's ever since. I think I would have rated the Great Lake Swimmers higher but that's just me.

Don't know your number one album. I think I had better rectify that and soon.

Ok, seriously I cannot be expected to do word verification this late at night!

I hope you didn't get erf-quaked?

That's another bleak album, Beth, but very powerful. I'd be very curious as to what you think of it - took me a while to get into it.

I sure like the Wormburner songs that you have given us, Beckeye! I'm definitely looking for more of their music. Poor Hank, though!
I wonder if MIA is better on disc than live? There's a lot of layering going on in the cd.

You're right, Will, I guess I should be thankful rather than complaining that I can't keep up.

Oooooo, what fun, Beth! I shall be right over!

Don't you love it when you can corrupt the kiddies, Toccata? It was hard ranking those cds, because so many of them were so close. I did like GLS's Bodies and Minds more though.
I'm not too sure what you would think of MIA, it's rather noisy.

Andrew Bird is great, Stephanie, and those are among some of my favourite lyrics.

Gosh, I'm not sure, Phlegmfatale, I'll need to check.

Sorry, my long winded note on "Hospital Music" did not go through as I did not complete the "word verificaton" deal.

I am a total virgin to this blog stuff.

Anyhoooooooooo, one line I quote to myself from Matty, everyday I go to my craphole downtown Calgary office is:

"When the lights go on
this whole place gets ugly.'

Matt is very complex and obviously strong. To come back from his personal ordeal is refreshing to learn about and hear in his music.

His lyrics on "Hospital Music" reveal what he has endured and overcome.

Hospital Music is intensely personal, no question, and I think it's a testament to its power that other people can relate it to their own situations.

You should invite Matty to your hellhole office sometime. He'd probably get a whole new album out of the experience.

I think I am one of the few people who listened to Hospital Music and thought......hmmm...does nothing for me. We are so fortunate there is so much music being put out for every taste. I will try to listen to samples of the albums you listed...thanks

I have to look at a couple of these, I don't know what happened in 2007, but there was a serious lack of proper music listening and researching.

I can understand not taking to it, Kelly, it's pretty bleak. Although I have to say that the music is very strong. You may like some of the others though.

I guess you were a wee bit busy with papers and exams and all that other pesky stuff, Evelyne.

I wondered how M.I.A.'s would be but haven't really heard any of it. I enjoyed the first go around with her though. I like Bloc Party and The New Pornographers but may have to do more research (listening) to the rest. You've got the good taste Ms. Zombie.

Thanks, Dale. MIA more than lives up to her reputation with this album, although she did only beat my boys from Radiohead by a smidge.