and if you have 5 seconds to spare, then I'll tell you the story of my life 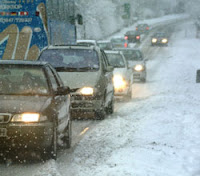 I didn't have much to do at work today, so in my spare time I wrote a letter to the editor, in response to one I read in the newspaper last night. Here's what I have so far:

I don’t argue with his statement that many of the city’s drivers appear to be daydreaming behind the wheel. Personally I have witnessed many drivers who seem oblivious to school and playground zones, stop signs, traffic lanes and the fact that their car is equipped with a turn signal.

Mr Blank, however, suggests that traffic would flow more efficiently if all drivers were to proceed through the intersection immediately upon the light turning green, and if drivers were to leave no space between themselves and the car ahead whilst turning. I would suggest to Mr Blank that perhaps the reason that drivers wait for a second or two at lights is because they are all too aware that in all likelihood some impatient driver with an inflated sense of entitlement will come flying through that light after it has turned red for them. After all, some drivers’ time is so much more valuable than others.

And I’m not certain if Mr Blank has ever driven in the winter before, but I would remind him that it’s never a good idea to tailgate even under ideal driving conditions, and with the notoriously icy intersections we get in the winter, it is nothing short of foolhardy.

I would suspect that Mr Blank subscribes to the school of thought that weaving in and out of traffic at high speeds is the preferred method of dealing with those annoying cars that are all being driven at the same speed (could that be the speed limit perhaps?). After making all those tricky high speed manoeuvres, it must be frustrating to find yourself stopped at the next red light with those very same cars that were blocking your fast lane. Mr Blank certainly has my sympathies.

Aren't I a self-righteous asshole, though? It's one of my best features.

What did you do for fun today?

Posted by Barbara Bruederlin at 2:26 pm

Email ThisBlogThis!Share to TwitterShare to FacebookShare to Pinterest
Labels: I'm a way better driver than you are, now annoying the local newspaper

Is there actually that much snow there now?

My brother told me about a guy who found out he had mere hours or days to live, and in the hospital he wrote his own obituary with his son. Among the witticisms came this gem: "Never in doubt. Often wrong."
You're not an asshole - you're just a decent dose of common sense, and something the world could use a whole lot more of, darling!

I find it's often letters like these that generate action.

Now, if you were to call names and go off on odd tangents, I probably wouldn't have been able to comment. :)

Most excellent letter my Lady :O) *does a bit of shadow boxing* I loves your sarcasm!

hahahah, Karen! I'm a legend in my own mind.

You've started your list already, Al? Oh sweet, I am so looking forward to having some time to do lists upon lists. I haven't even started thinking about mine yet, but I shall be searching for yours.
Snow has now turned to ice pretty much.

"Never in doubt. Often wrong."
That is fabulous, Phlegmfatale, words that I would be happy to live by, except I am in doubt far too often.
I shall be the common sense asshole, then, I can live with that.

Writing letters to the editor is more fun than I thought it would be, Justrun. Next time I need to go off on more tangents though.

Sarcasm gets a bad rap, in my opinion, Mel. It used prudently, it can be a light saber.

For fun today I waited at three green lights while Mr.Blank looked like he was about to burst a blood vessel. That and I went to a lecture title "Philospohy and Common Sense" where the speaker declared "I'm deaf as a post" during the Q&A.

I never really considered posts to be particularly deaf, Just A. Why not "deaf as a baseball" or something, I wonder?

Way to play passive-aggressive driver! We need more of that.

It all reminds me of that Jane Jacobs book Dark Age Ahead.

Now I am very curious about that book, John. I have always meant to read some of Jane Jacobs' essays, and this clinches it.

You go girl, tell the man what he don't want to hear!

It was good! Driving in winter, I'm not a fan of it... and when my Mom comes to Montreal, first thing she does: gives me the keys... it's part of why I love public transit, but it cannot bring us everywhere and it often takes so much time... you would have had fun on Monday with the 30cm of snow!

hehehe - well reading this letter has certainly made my day - well done. :)

So glad that I don't drive. It's frustrating enough being stuck behind slow walkers!! ;)

I avoided work and got a haircut. Great letter! Let us know if they print it.

It's for the man's own good, Dr M, because of course I know best.

We were impacted by your snow, Evelyne, at work we had some shipments delayed. It's those 30 cm days when you must really love public transit!

Argh! Nothing worse than being stuck behind slow walkers, Todd! Makes me crazy. But at least I won't kill anybody if I zipzag around them at high speed.

Those are two very laudable activities, Dale. Work avoidance is one of my specialties. I hope you did it in style.

Unfortunately Calgarians do not have a monopoly on stupidity!
Just the other day, after the huge dumping of snow, I decided to walk to work instead of cycling. Safer I thought!
A car passed so close to me while walking as close to the curb as possible that I could read the warning in the left hand mirror that "objects in the mirror are closer than they appear".
So much for doing something healthy and leaving a smaller environmental footprint.
Bruno

Sheesh, you almost left a big runover total body print, Bruno. Glad to hear there are still plenty of arsewipes driving around all over the country.

Just when I thought I was doing right by my body — raw almonds as a desk-side snack, green tea to balance out my latte habit, and plenty of water throughout the day. In my eco-friendly green Nalgene bottle.

But no! The highly-respected MEC (Mountain Equipment Co-op) store, a bastion of earth-conscious products for sport and outdoor enthusiasts across the country for years, is pulling those beloved water bottles from its shelves, along with other food and beverage containers made of polycarbonate plastic. There's no recall on these products, so MEC has decided to take measures into its own hands.

"The bottles won't be back at least until May when the federal government has tested them," said Jorge Nanez, an employee at the Toronto MEC. He confirmed the GSI H2O! Lexan bottles have also been pulled from store shelves. "It's just a precaution situation. We decided just to go that way, but it's not like it's confirmed to be dangerous." Nanez said the store is accepting returns on the bottles in question.

The possible health risks, from the plastic's chemical compound "bisphenol A" leaching bad stuff into the liquid or food we consume in these containers, includes cancer and low sperm counts.

Health Canada is reviewing data from independent studies, and plans to release preliminary findings next spring.

Bisphenol A is added to hard, clear polycarbonate plastics like those used in reusable water bottles and baby bottles, as well as the resins lining food cans and in some dental amalgams and sealants, said Aaron Freeman, policy and campaign director at Environmental Defence, an environmental advocacy group.

"The writing is on the wall for bisphenol A. When a product loses consumer confidence to this extent, it's obviously time to move to the safter, comparably priced alternatives."

As part of its national Toxic Nation campaign, Environment Defence tested a sample of Canadians for toxic chemicals in their bodies. Everyone tested for bisphenol A had measurable levels in their blood. Click here for test results.

Environment Defence references two recent panels in the U.S. who've noted potential health effects of exposure to bisphenol A. The U.S. National Institute of Environmental Health Sciences panel of 38 scientists found that most people are exposed to level of the chemical at levels higher than those that cause health effects in animal studies. A U.S. National Toxicology Program panel concluded recently that bisphenol A exposure to fetuses and to children could have behavioural and nervous system impacts.
Life is pretty much a risk all 'round, isn't it?
BRUNO

Jesus, Bruno, time for you to start a blog, I think. You've got a lot to say.

I'm glad I never went for those Nalgene things. I just keep reusing my disposable plastic bottle, washing it periodically of course, but that will probably kill me as well.