disappointed people clinging on to bottles, and when it comes it's so so disappointing

I have had my heart broken by Nutella.

Oh it's delicious, alright, perhaps too delicious, and for a few minutes there I thought it was the holy grail.

There have been some mighty big hints dropped around the Zombie household lately about how great it would be to buy some Nutella. And whilst at the grocery store earlier this week, I just happened to find myself in the Nutella isle, so I thought I would investigate. I checked the fine print and saw hazelnuts, skim milk powder and cocoa, which was healthier than I expected, so I scooped up a jar.

I couldn't resist dipping into the jar once I got home and oh my word it is pure ambrosia. Have you ever had it? Wow, it's like eating hedgehog paste or something.

But sadly my ecstacy was short-lived, because I then read the finer print and saw that the second ingredient is:
modified palm oil
Correct me if I am wrong, but is that not death in a jar? That squirrel is slated for a coronory by-pass if he doesn't get his head out of there. 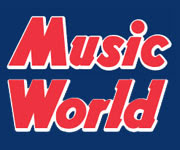 And apparently I have not been trying hard enough to protect Music World, the last wholy Canadian-owned record chain, from encroaching globalism. If I am mall-shopping I will always choose Music World over HMV, partly because HMV plays really shitty music, but also because I want to maintain the ability to have the choice where I buy my music. I guess I don't buy enough though, because Music World has filed for bankruptcy protection. The word is that they will be taken over by none other than HMV.

But it's not all transfat ookiness and rampant commercialism around here today. In fact, tonight we are going to see My Name is Rachel Corrie at Sage Theatre. It's the Canadian debut, by default, after sponsorship was pulled for the Toronto production earlier this year, because of the controversial nature of the play. I will tell you all about it tomorrow.

In the meanwhile, my little Shakespeares, I will bid you adieu with the Letdown edition of the Friday Random Playlist. Don't be sad, I kiss away your tears. It's the weekend!

Death in a jar isn't the worst way to go Barbara!

I heard about Music World and it's partly my fault, I never liked them although I'll pretend to be sad because it is a bit sad.

Enjoy the play - too controversial for us? Oh my!

Never been a nutella fan myself, really.

I feel like a bad Canadian...I have never heard of Music World. That or HMV did not exist in my town. We had a Sam the Record Man, which is still there...surprisingly.

Enjoy the play, I look forward to reading your review!

Yes I have tried Nutella. It is sickening, my ex would eat gobs and gobs of it on bread. ugh. Let's hope it is deathin a jar then *evil laughter*

Nice list! I love John Prine. One of his songs came on the mix today at work.

You're right, Dale, death by some Chuck Palahniuk method would be far worse, albeit more interesting.
I wasn't nuts about Music World, either, I just hate seeing one corporation take over the world.

Is it the squirrel, Al? Was that the problem with Nutella?
You guys still have a Sam the Record Man? Well that is heartening, considering the big one in Toronto closed its doors. Go Sam!

Hi Barbara Doduk, welcome! While I wouldn't put it on bread (more likely to scoop spoonfuls out of the jar), I agree with your ex that Nutella is pretty tasty stuff.
And around the Zombie house, music will always live on.

I am very pleased to share a birthday with John Prine, Johnny Yen. He is such a legend. I especially love that duet with Bonnie Raitt.

But Nutella tastes so good, there's no better way to start a day than Nutella sandwiches or Nutella in croissants or even english muffin... and don't tell that to the German kid living at my parents' house, if my mom doesn't buy Nutella, he'll go to the grocery and buy a jar for himself...

Too bad about Music World, it was the only good cd store in my grand-parents town

We lost our Tower Records about a year ago. I blame myself as I don't buy as many CDs as I used to (digital chick). I mourn your lost.

Great mix today! "Angel of Montgomery" -- the Raitt/Prine duet in particular -- is such a lovely tune.

Never tried Nutella and doubt I ever will. It just seems wrong.

That's funny about the Nutters, as we used to call it in Britain. In the grocery store, I call the "chips and pop" section, the Aisle of Death.

Love Angle of Montgomery and everything B. Raitt has ever touched.

I've never tried Nutella either. Though that it tastes good is enough for me. I don't care about the modified palm oil. I'll buy a jar today. We've all got to die Sunday, right?

I buy maybe one cd a year now, so I guess I helped kill Music World. Then again, I'm not feeding HMV either, so they'll soon be floating upside down as well.

I too loved Nutella once. But since my heart attack my love for it has dimmed.

I'm not sure if I could ever get used to spreading Nutella on bread, Evelyne. I guess I consider chocolate to be reserved for certain occasions. But often Europeans (like your German boy)
do use it like we would peanut butter.

I heard about the closing of Tower Records, Beth. Anything that reduces choise is a loss. While I still buy quite a few cds, I do actually try to get them at an independent store in town, and in fact end up buying a lot of used ones, but I guess that's a whole other economy.

It's evil, Karen! Don't be tempted, it's like crack.

"The aisle of death" - so true, Gifted Typist, and it's an aisle I avoid myself. I guess I shall now be giving the Nutella aisle a wide berth as well now.

You giant killer, John! Though in your defence I don't imagine the cd shopping is really hot in your town.
Enjoy your Nutella! I am planning to die on a Monday myself.

There's probably a connection there, Dr M. Yes, I think Nutella will be an occasional treat around here.

I haven't had Nutella for a while now - but it was quite heavenly for that while. However, I didn't know about this Palm Oil. I'll have to reconsider returning.

The music stores is shutting down everywhere - its so sad and unfortunate. Yeah, there are the Towers of the world, but not just them. The little mom and pop institutions and even slightly bigger ones. People are either going bankrupt or just getting frustrated. Makes me so sad, and I am just not sure if there is any going back to how it was.

Yay controversy! How was the show?

Nutella is delicious, but doesn't it also have 22g of sugar per serving?

If the heart attack doesn't get you the diabetes will.

It's a little taste of heaven, Will, except there's a big old coronary waiting at the bottom of the jar.
The music selling biz is being turned upsidedown, but it's other businesses as well. Now everywhere you go, it's all the same few stores. Sad, really.

Oh likely a few other diseases are lining up there as well, Just A.
Show review will be up on Sunday!

I've never heard of Music World either! I kind of wish I had now!

Damn their sneaky transfat eyes indeed, Mel. They always have to ruin our fun.