Am I lazy or just insane, it's hard to tell 'cause nothing every feels the same 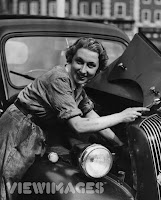 Today I learned that in order to stop the windows from fogging over and freezing up in your car, you turn on the air conditioning. Yeah, I would never have guessed that one either.

But the last couple of days I have not been able to see out my side windows, even with the heat blasting. You should have seen me trying to back into the garage. And it's not like it was -40 or anything, maybe -11.

But, according to my trouble shooting manual (which I took into work with me today) if you turn on the A/C, it automatically shuts off the air recirculation in the car, which can cause fogging. Brilliant! Sure the exhaust fumes made me rather nauseous during the drive home, but at least I could see. And I would rather be nauseous than dead.

~*~
Today I told the powers that be at work that starting in February (possibly January) they would only require my services two days a week. My colleague, bless his heart, started desperately trying to find ways to get more funding so that I wouldn't need to cut my hours, until I pointed out that saving salary money was only a fortuitous byproduct of cutting my hours.

I couldn't understand a single word he said today. I have been away from the office for a week, but I don't see how his English could have deteriorated that quickly. More likely my ears are out of practice.

Still, a one day work week was pretty sweet and worth the trying to guess what was being said.
Posted by Barbara Bruederlin at 8:29 pm

Email ThisBlogThis!Share to TwitterShare to FacebookShare to Pinterest
Labels: lady mechanic and her healing touch, sneaking into retirement

I often use the AC to clear the indows inside the car. I'm a bad mouth breather when I drive.

I too use the A/C (started by accident really) clever trick.

Glad to hear you told the powers that be about cutting your hours. Sounds like the new year will start off quite well or you.

Yikes, I can't believe its December...almost ;)

The more I blog at work, I find the fewer hours I put in on actual work. I wonder if this will lead to anything?

And here I thought I was making such a major discovery, but obviously you are cleverer than I, Dr M, despite the mouth breathing. Of course we already knew that.

Another person who is in on the secret! And to discover it without reading a 400 page manual, that is quite the trick, Al.
They were actually more reluctant to accept the fact at work than I expected, though. I think possibly this announcement blind-sided them.

That is a great way to deal with a shrinking workload, Dale, one that I have used myself. But then that deeply buried Puritan work ethic kicks in and ruins all my fun.

I have an old Polish customer and I can understand one word that he says (he says it often)....FUCK. Unless he puts it together with another word - and he always does...apparently he's a bigot who hates the entire world (Fuckin' Chinese. Fuckin' Hindus. Fuckin' women.) He mumbles and I just nod my head. I used to try and converse with him, but it's no deal.

Yesterday he had a 15 minute conversation with a guy (in English??) and I understood nothing that he said. I wasn't eavesdropping - they were two feet away from me. As the other man walked away the Polish guy continued mumbling under his breath and I did catch the last words he said "yeah?...well FUCK YOU".

That was it. Ended a friendly conversation that had included a lot of belling laughing with that.

oh, I forgot his favorite...."Fuckin' Government". That one gets a lot of play time.

I've know the A/C trick since I was a drive-ling.
I'm confused, you want your hours cut?

hahaha that's hilarious, Deb! But I have to ask you, does he pronounce it "fack"? Because I have a Polish friend who does and I was wondering if that was universal.
Perhaps he is under the impression that it is a term of endearment.

I am obviously the only person in the world who was not aware of that A/C trick, Just A, which is inexcusable considering I grew up in a winter country.
Yes, you read that correctly - I wish to cut my hours. I am sneaking my way into retirement.

It figures I would learn something useful when I no longer have a car.

That was very astute of you to figure out that NO, I DO NOT WANT TO HEAR THAT, Hot Lemon. I do, however, want to come stay at your house for a week.

Doesn't that just frost yer socks, Beckeye? I have no idea where that folksyism just came from, somewhere where my inner hoser dwells, I guess.