the truth in one free afternoon

Mydatabus is broken. I'm pretty sure it's my fault, because almost immediately after I upgraded to a paid account, the site went kaput. I figure they must have taken my $10 and headed to Mexico.
And it's a real shame because I've been listening to the new New Pornographers' cd, The Challengers, a lot lately, and it is so tasty that I wanted to share some samples with you. But they are coming soon to a town near you and they are bringing the entire band with them this time, so you should grab some tickets and go see them live. Carl Newman has a beard now and looks kinda scary, but it'll be great to see Neko Case, Dan Bejar, and Kathryn Calder again. I am rapidly become enamoured of Kathryn's voice, and she and Dan sing some of my favourites on this album.
The New Pornographers is a great band name, isn't it? It's sly, subversive, and certainly gets your attention. And I sometimes wonder if Radiohead would be as cool as they are if they still called themselves On a Friday. Today that got me to thinking about the coolness factor of band names.
Without taking into consideration the actual music, what are some of the coolest band names?

Here are some of my favourites:
- the New Pornographers (see above)
- Pixies (for the irony)
- Gang of Four (for the historical reference)
- Fall Out Boy (I was almost afraid to mention them because of all the hits I will now no doubt be getting looking for pictures of Pete Wentz' penis. And the band is crap of course.)
- Great Lake Swimmers (it leaves you with a beautiful visual image and it's so Canadian, eh?)
- Primal Scream
- Arab Strap (for obvious reasons)
- the Decemberists (also for the historical reference)
- Joy Division (for both the subversiveness and the historical reference)
- Radiohead (Of course. The name conjures up a cerebral, post-modern experimental band. Sort of like ... well ... like Radiohead!)
What cool band names did I miss?
*
And since I love to list and since it is Friday and I also love Fridays, here's is this week's edition of 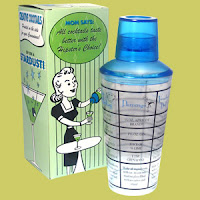 Hey, look at all the bands with cool names who made the list! Serendipity.
-
The weekend's here - go out and do something cool tonight. Or better yet, stay home and make curry. Oh wait, that's me.
Tomorrow I will field Dr Monkey von Monkerstein's questions. I admit I'm a little apprehensive. You know those monkeys, they love to fling poo. They may be cute, but they're filthy creatures.
Posted by Barbara Bruederlin at 8:51 am

Email ThisBlogThis!Share to TwitterShare to FacebookShare to Pinterest
Labels: cool band names, Friday random playlist, the most important band in the world, you won't find any Pete Wentz penis pictures here so move along

I'm into the new "the New Pornographers" album too. Good stuff. Careful with that monkey Eugene!

I thought I broke MyDataBus, thanks to all the link hits. I'm a bit lost, floundering without my Mix Tape Friday.

I have The New Pornographers' album and concert tix. I'm ready.

Guess what? Great Lake Swimmers are coming back to my side of the continent!

My favorite band name is Pookiesnackenburger.

And we're not filthy creatures, if we were we'd keep our poo to ourselves.

I think band names are soooo important. One, a band name has to be cool and that can sell you before you even hear the music. Second, your band name HAS to be googleable - in that when you google the band name, the band is the first thing that comes up. If a names too generic, then all kind of random shit comes up and that is no good. Stupid band names - The Music (ugh), The Academy Is ..., Gym Class Heroes, to name a few. Gotta be a name people will remember. Oh, Franz Ferdinand - that's a good band name. I like The Gossip a lot too.

I guess they're local, but I recently saw an ad for a band coming to Joe's Pub and they were called Threeve. I wanted to go see them based on their name alone, because it's hilarious. If you don't know, the name comes from a Celebrity Jeopardy skit on SNL where the final question was "Write a number." Jimmy Fallon was playing French Stewart who was "grinning like an idiot" and he wrote "threeve," a combination of three and five.

Great list-- a couple of classics on there-- Armalite Rifle and Personality Crisis!

With all the new "the new" music going on, it's comforting to see you are still supporting old school, Just A. First the Zep, now Pink Floyd.

You make a valid point there, Dr M and it's comforting to know that monkeys also share so nicely.
Pookiesnackenburger certainly has that googleability factor that Will refers to.

I hadn't really considered googleability before, Will, but I guess that is pretty integral to marketing. Boo to generic band names!
Franz Ferdinand is another name that I was considering, actually, when it came to cool names with historical references. The Gossip is a cute name, although I've yet to actually listen to them. I have heard Beth Ditto do a duet with Jarvis Cocker.

I'm glad you explained the skit, Beckeye or I would have dismissed you as being drunk. I love insider joke names too; I'd go see them as well.

The good monkey doctor gave me some dandy questions, Johnny, I hope I can do them justice. It's funny, I had just been listening to Armalite Rifle in the car this morning and then it showed up again on the playlist. It's a sign, I think.

I got mydatabus to work?? Odd.

I'll be sending you Beirut soon...yes, I know its late.

I don't really like their music, but I enjoy the name Blonde Redhead. Not uber cool, but swell.

I lied. Not working here. I thought I may have been blessed with uber luck and the ability to share. Alas, the universe does not like me that much.

re you kidding, Al? The universe loves you, it just has a funny way of showing it.
I checked mydatabus just now and the disabled notification is gone, so that's a good sign. I'll try it out in the morning.
Blonde Redhead is a good name (and you don't need to be a fan of the music for this question. It always take me a second, "wait a minute, blonde, but redhead?" I'm slow.

I love the playlist, and totally respect your choices, but Barbara you I won't be making curry. You can't make me.

Can't wait to see your interview tomorrow. I'm sure it will be fun!

I like the Supersuckers. Kind of has a tongue twisty thing going.

Great playlist. But I'm a liar because I don't know a single song. I am lamesville.

I'm sorry to say, as much as I like Radiohead, I'm not actually crazy about their name. Besides nothing will ever top the creattivity behind the name "Van Halen".

Seriously though some of my favourite names (albeit I admit some are probably a little obvious/cliche):
1. The Clash
2. Guns N' Roses (seriously)
3. Super Furry Animals
4. Public Enemy
5. The Tragically Hip
6. ? and the Mysterians
7. Me First and The Gimme-Gimmes
8. Kentucky Headhunters
9. Bloc Party
10. The Rolling Stones
(and also The Flying Burrito Brothers, Great Big Sea, Rage Against The Machine, They Might Be Giants, Siouxsie and the Banshees...)

I blame the monkeys for flinging poo into mydatabus, not you Barbara. I tried Badongo and it worked okay.

Favourite band names (you choose some mighty excellent ones):

Aw, booos to mydatabus! Maybe it just took them time to switch you to a paid account or somethin... There are so many great band names out there, 'speshly punk bands!! I don't have any favorites tho, it's always so hard to choose. Oh, I really like the name "Drop Kick Murphys"!! Lookie what I just found:
http://www.bandnamemaker.com/
Cool eh? :O)

The creative way to spell creativity is with two t's apparently.

Is that why you never showed up for supper, Zed? And I made extra spicy curry just for you, too.

You have to try a lot harder than that to be lamesville, Deb. Four Non Blondes - there's a lot of hair colour in band names these days, sort of like when bands went through the deer phase and then the wolf phase.
Supersuckers is fun to say.

You know I love it when people diss Van Halen, John because I hate them so. You've added a great list of band names but I would suggest that Super Furry Animals and Me First and the Gimme Gimmes are great names, they are not cool names. They're cute names. Kentucky Headhunters - that's a cool name though. Public Enemy too.
And it's the weekend, creative spelling is downright encouraged.

Those damn monkeys and their poo, Dale, it gets into everything. I'll check into Badongo, thanks.
Dead Kennedys and Cowboy Junkies - definitely cool names! Oddly I've never cared for the name the Yeah Yeah Yeahs. I like the band, not so much the name. And band names like !!! make me crazy. Too Prince-like for me!

Nah, mydatabus was down for everybody else too, Mel. It might be back up now though.
Drop Kick Murphys is a good one and it suits the style of music as well. Yeah punk names - Buzzcocks is a great one!
A band name generator - cool! Thanks.

You know, your Pete Wentz penis Fallout Boy post would have been the ultimate grabber on Google if you'd included the word "labiectomy" in the post. Seriously. you'd be baffled by how often that word comes up and in what peculiar combinations. *shudder*

Ewww, really, Phlegmmy? O don't even want to think about that. Pete Wentz' p33n is bad enough.
I like the juxtiposition in the name Daisy Chainsaw!

I think the Gossip are alright. Their hit, "Standing in the Way of Control" is pretty good ... though all their songs sound kinda like that. I think they have a great image though, and Ditto has tremendous star power.

She does, Will! It's a shame that all their songs sound alike though.

Chosing a band name is about a million times more complex than naming your child. Sure you go through the list of possible ways the name will be teased and whether your family will approve (if that's an issue for you) but with a band name there are way too many variables. I am always impressed when bands have managed to name themselves something cool, that I am excited to just say aloud, let alone yap about forever.

Some favs:
The Decemberists
New Young Pony Club
Simian Mobile Disco
Love is All
Matt and Kim - How simple is that?
Flosstradamus

I think I like the name Blonde Redhead b/c it could be an actual definition for my natural hair colour. I had a girlfriend that insisted on saying that my hair was "ginger".

Those are some great choices, Serah. You're right, naming a kid is hard enough, branding your band, that's a responsibility!