this one's for the freaks 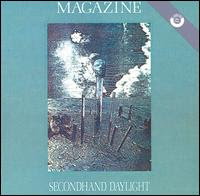 I am beginning to understand why the resident offspring is so enamoured of Magazine. On the weekend we received our long-awaited shipment from our Amazon binge, and I’m pretty sure that the inclusion of a Magazine cd was the reason it took so long to arrive. Those suckers are hard to find.
I previously thought that Magazine were okay and of course I was partial to them because of Howard Devoto’s history with the Buzzcocks and his relationship with Pete Shelley, but god damn Secondhand Daylight is a fine cd. Currently my favourite track is Rhythm of Cruelty.

I’m also excited that my copy of Blindness arrived in the same parcel (thanks again, Karen!) as this is a crucial component of my summer reading list. I might also add Richard Hell’s Godlike (also in that big box of fun and goodness) to the list as that elusive sixth book, but at this point it seems more likely that the honour will go to Please Kill Me: the Uncensored Oral History of Punk, as the offspring is currently enjoying it far too much for me to ignore. 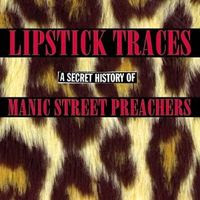 It's not as if I'm going to start wearing leopard prints to any concerts any time soon, but I do have to admit I am slightly chagrined about how much I am actually enjoying the new Manic Street Preachers’ album, Send Away the Tigers. There is no foreplay on any of these songs - they just gallop right for the big stadium anthemic chorus 20 seconds into the song. The lyrics are throw-away and the melodies are shallow and easy, and I feel slightly cheap and dirty for being sucked into them so easily, but damn they are catchy in a big-haired arena sing-along sort of way. Take a listen to Imperial Bodybags and tell me what you think.

And you can't tell me you don't have any musical guilty pleasures. Come on, just between you and me, who do you secretly sing along with?

Email ThisBlogThis!Share to TwitterShare to FacebookShare to Pinterest
Labels: I'm embarassed to admit that I dig you

Neil Diamond! I love singing along to his songs *G*

Ummmm, I kinda do too, Mel. But don't tell anybody.

I don't believe in the term "guilty pleasure" so I don't secretly sing along to anyone. I sing it loud and proud!

Air Supply being at the top of my "I don't care what anyone thinks of me for liking them" list.

The Carpenters, but really that just might be me being passive-aggressive.

What a magnificent sight that would be, Beckeye! I can just picture you lustily singing out in your best Cartman voice. And you know you'll never be all out of love.

But I'll bet you weren't hiding the fact that you were embracing your inner ABBA, Justrun. ABBA has made the leap from guilty pleasure to all-out camp.

Is that how you torture confessions out of n'er do wells that you are taking down, Bubs?

I sing along with everything I know the words too and many things that I don't.

I can hear you from here, Just A, sounding pretty righteous. I like how you substitute the meouw meouw meouw for the words you don't know.

I'm going to agree with Beckeye, Air Supply would probably make it onto my list. Hmmm, that's a hard question, I know I have many but they've all up and left me at the moment, I shall return.

I'm so glad to hear you're digging the MSP latest. That album got a lot of play in my stereo in May, a lot, a lot especially tracks 2 and 3 (sorry, I don't deal in song titles).

I've tried to get into Magazine, and I do really like a few of their songs, but overall I'm just not sold.

I would have to say ABBA and Elton John... and the occasional Aqua, just because I have twisted memories of Barbie Girl from my childhood. That is definitely the guiltiest.

Air Supply has taken the lead!

Al, I would give a goodly sum to hear you and Beckeye on a duet of Lost in Love or maybe even Even the Nights are Better. (That would actually be pretty awesome, I'm sure you guys would kick ass.)

Yeah, the Manics just sort of sneaked up on me. Damn that's a catchy album. But I still refuse to wear leopard prints.

It took me a long time to get into Magazine. You may still one day, maybe not.

Ooops, missed you there, Becky. Oh yeah, Elton John, definitely, although I think he and ABBA are in the same category - they have surpassed guilty pleasure and gone right to legendary status.

Aqua, that's another story. You can feel guilty about that if you like.

Damn you Barb, you mention ABBA and now I've been humming Mamma Mia for a whole day. Actually I love singing any of their songs and do so guilt-free.

hahaha Berni - and despite the rules, ABBA leads the pack.

Actually we saw an ad for Mamma Mia (the musical) the other day and both Eva and I are tempted to see it.