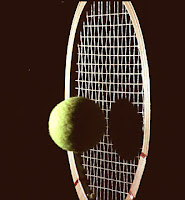 It has been such a long time since we were at a concert (early December) that Saturday night’s folksy singer-songwriter offering was probably a very good way to ease back into the concert scene. I think a Gogol Bordello concert likely would have killed us.

It was a little odd to waltz into the Grand Theatre just before showtime, expecting to plop ourselves against our favourite wall and up in the mosh area respectively, only to discover that there was seating. We had to rapidly adjust our expectations. Fortunately we are resilient when called upon to be, and even more fortunately we scored seats in the front row, which had been left empty by virtue of a “this seat reserved” sign on a third empty seat. However, as it did specifically state “this” seat, and I was prepared to debate semantics if questioned, we scooped up the other two empty seats.

Lorrie Matheson opened the night with an oddly sombre set. Now, I love Lorrie as a personality and a righteous curmudgeon, and as the bushy-headed dude who works at Hot Wax Used Records. He’s a fixture in the Calgary music scene. And he’s glorious when he’s belting out rants which rip against local politicians and the state of life under a perpetually Conservative Alberta government. But that side of Lorrie wasn’t really prevalent that night; perhaps it was the departure of Ralph Klein as our fearless premier or maybe it was that the songs he chose were largely focussed on suicide and sadness, but there seemed to be a lack of spark in his music. I wanted to like his set more than I did.

Dan Bern, the American singer-songwriter, headlined the evening, and I recall him being very funny and kind of adorable at the folk festival last year. And he was largely entertaining; he has a quirky outlook on life and my favourite pieces of his were those odd and rambling songs in which he sang about things like what he would do each day in his first two weeks as President of the US.

And then, just before Dan Bern’s last song of his encore, Kris Demeanor’s dad totally stole the show. Dan was just introducing a song he had written about Roger Federer, when he launched into a rambling explanation as to how he came to write the song. He had heard Kris Demeanor (another Calgary musical institution) at the folk festival last summer singing about how he and his dad were harassed by a group of juvenile delinquents while they were trying to play a game of tennis.
Dan stopped his explanation, called out “Kris, are you here tonight” and got a “yup” from deep within the audience. “Come on up here and play that song, will you?”

Now I heard this song at the folk fest as well, and I remember almost peeing myself at the hilarity and the pitch-perfect German accent that Kris used while speaking in his father’s character. On Saturday night, Kris completely changed the final part of the song so that his father’s final monologue, in which he completely crushes these kids albeit in a very measure and polite manner, was entirely different from the first time I heard it. I couldn’t even begin to do it justice by attempting to describe it, but suffice it to say that the audience was roaring. Kris’ dad totally and utterly stole the show, and he wasn’t even there.

And it must have been more than a little hard for Dan Bern to come back and sing his final song after being upstaged like that, but he seemed to take it well in stride.

Generally, it was a pretty good concert, and I’m glad we went, but it was really more suited to taking in whilst sitting in the shade, leaning against a tree. It was a folk festival performance and ultimately it was a little lost in the darkness of a funky downtown venue on a Saturday night.
*~*

On to the Labia Awards. Sweet baby Jesus, you folks had some awesome labels this week. This thing just keeps getting harder and harder. On the one hand I applaud the creativity and the razor-sharp wit, but on the other hand, having to make these tough decisions every week is going to drive me to drink.
This week's award goes to:
Evelyne
for this mind-boggling gem:
places where i'd like to go legless to have dinner with 3 people and eat
disgusting food while creating an environmental law
*~*
Have a great week everybody. Remember, tomorrow is May Day - a labour holiday in some parts of the world, in other parts, a day in which to fornicate outdoors with impunity.
Posted by Barbara Bruederlin at 6:57 pm

Email ThisBlogThis!Share to TwitterShare to FacebookShare to Pinterest
Labels: hurray hurray the first of May, Kris' dad pwnd everybody, Labia Award

i wholeheartedly agree with the labia award this week.

Me too, Evelyne deserves it.

I swear I wrote a comment here earlier? Blogger up to its old tricks I suppose. Too bad the concert wasn't made for the particularly venue. Space is really important. Well, at least you had a few good laughs and enjoyed yourself. Just think, the Folk Fest will give you plenty-o-time to be outside. That is when you're not inside manning the record tent :)

Stupid comment-eating Blogger.
I guess I'm just used to a little more liveliness in my concerts, Al. Counting down the weeks to the folk fest!

All new to me, Will try and see what they have to offer voa youtube...

My husband would never go to a concert like that- I would end up laughing my ass off! I will get to the questions soon.

I'm not certain how much you'll find on YouTube, Danny, but they do have some samples on their links, if you want to check those out.

My husband doesn't go to these concerts either, Weatherchazer. Thank god I have a teenager, who also happens to be my musical guide in life.

Thanks Barb! But this label was inspired by your questions ;-)

I have to look at some songs of these artists, I don't know them but they seem to be great

I would have liked to have seen you debate the semantics!

I'm just catching up on all my missed reading and I thoroughly enjoyed the, "Frauds amongst us" post. lol on the 14 year old Phd candidates!

Sounds like an interesting night Barbara. I'm all for fornicating outdoors with impunity. So many jokes you could make with 'impunity' and fornication.

I loved how you tied all the concepts together into one label, Evelyne.
They are worth checking out; personally I think you'd quite like Kris Deameanor.

Isn't it intimidating when you are trying to catch up to everyone after being away for a while, Toccata. Bless you for even trying!
Butit's true, innit, kids are way too smart these days.

Would any of those jokes deal with shrinkage by any chance, Dale?

I've never heard of any of these people, but I love the name Kris Demeanor. Sounds like a superhero.

His dad sure is a superhero anyway, Beckeye, so maybe it runs in the family.

I started listening to Dan Bern a bit a few years ago. I especially love a very funny song of his called "Estelle."

Yay, someone else who knows Dan Bern! I don't think he played that song the other night, Johnny, but he's got some other dead funny ones.

Not mine Barbara of course, haha.

Well, OF COURSE not yours, Dale!