Where do we go from here, the words are coming out all weird (but we are still grateful for our iron lung)

We wrap up this series of Radiohead Week where we began, on the cusp of the release of the magnificent OK Computer.

The Bends is often cited by people as their favourite Radiohead album and with good reason. This sophomore album was a perfect transition between the pop-rock of Pablo Honey and the critical excellence of OK Computer, and contains a couple of Radiohead's most accessible pop songs (Fake Plastic Trees & High and Dry). While The Bends is generally seen as being less commercial than Pablo Honey, it did manage to garner the band five top 30 hits.

At the same time, the song My Iron Lung appears to be a response to the double-edged sword that had come with the success of the single Creep, a song which was simultaneously their "life support" (their iron lung) for which they were grateful and "a total waste of time".

If you have enjoyed any of this week-long series and would like more information, please visit Green Plastic Radiohead. This is a great site, which I used extensively throughout the week, and features complete song lyrics, song information, photos, news releases, as well as tabs for all the songs. And not just guitar tabs either, but also piano and even xylophone tabs. I didn't even know there were such things as xylophone tabs, but there you go.


High and Dry [mp3]
My Iron Lung [mp3]
This video for Just features some lovely performance snippets, including the patented Thom Yorke dance and some beautiful shredding by Jonny Greenwood. It also remains one of the most enigmatic videos you will see. 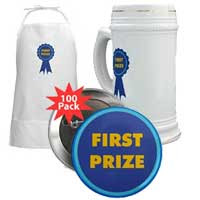 Finally, the moment you have been anxiously awaiting all week - the presentation of the highly covetted Labia Award for best label of the week.

The competition was fierce this week, and, being a fence-sitter from way back, I was waffling amongst three excellent candidates. Eventually I called in a family member to make the final call. This week's award goes to:

for her label entitled "this is a double fuck sundae with a turd on top" for her untitled post of March 9.

Congratulations on a most evocative label there, Deb!

Posted by Barbara Bruederlin at 6:33 pm

Email ThisBlogThis!Share to TwitterShare to FacebookShare to Pinterest
Labels: Labia Award, the most important band in the world, they protect me listen to me

Just is my favorite Radiohead song.

I'm curious as to the order of your Radiohead postings. Any reason not to post chronologically?

Also, have you heard Spirit of The West's response to Creep?

I second John's question about the chronology, twas wondering myself.

I missed that label at Deb's, I think its deserved though! Good call!

I love the video for Just, Fearless, but I've got a few other songs that I would count as higher on my favourite list. That's not taking anything away from Just, but there are too many great ones to choose from.

It just sort of followed a natural (at least in my feeble mind) progression, John (and Al), because I started with OK Computer. So they were chronological if you ignore the fact that I started in the middle.
Spirit of the West sang a response to Creep? What? How intriguing.

It was a highly unusual label, Al, that got the attention of the family judges when I couldn't decide.

wow - congrats to Deb - that WAS an awesome label. I'm going to be quoting it all week.

Actually it was more of a response to Thom Yorke's refusal to sing it in concert. It was called "Let The Ass Bray"

Thank you for exposing me... to more about Radiohead, that is.

Yahoo Deb! That is one fantastic label.

One night after copious amounts of wine I will have to return to the Radiohead posts and try the ones you recommended specifically for me. I think I need the alcohol to make me brave enough to click on the mp3 links. Once done I will get back to you.

Yeah, I've got to find a way to use it as many times as humanly possible myself, Phlegmfatale.

Oh that sassy Spirit of the West, John. Remind me not to piss them off.

We're all about exposing ourselves here, JustRun - you fit right in.

Radiobum. JustA, you are a goof.

Let nobody say that you are not a trouper, Toccata! I just hope this doesn't end up putting you in a wheelchair, because I would feel horrible about that.

Love that Deb!! And I thought I was the only one who melted plastic things in the oven (cutting board on New Year's Eve - such toxic fumes) I as well appreciated being exposed to Radiohead.

Mmmm mmmm, nothing says Happy New Year like scorched molten plastic, Berni! Actually one of my plastic cutting boards has some lovely grill marks across the back from that very issue.

More than happy to share the Radiohead love with ya, sis.

This is probably the album I identify with most...Ty's really into Radiohead and is exposing me to much more, but these songs I actually know. And I love Thom's dance...there was a concert broadcast on CBC last year and I was completely enchanted by his moves.

You've done a great job this week Barb...Radiohead should be issuing free concert tickets for life (or something good like that).

Berni...plastic melters of the world unite! I still feel a lump in my throat - honestly.

You deserve the win, Deb!

Thom Yorke is one of the best dancers in the world. We firmly believe he should start his own School of Interpretive Dance.

I'm glad you enjoyed the series - it was a lot of fun to write.

I love High and Dry and your week long love in Barbara.

And speaking of love ins - Deb, enjoy your Labia Award and wear it proudly.