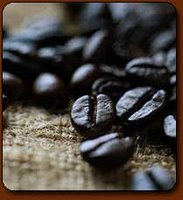 And they would be right! So that is one of the reasons that the Marthas are getting together this weekend to go fringing. We're ditching the families and spending two nights in a hotel, where much giggling and eating of snacks and ass-whupping at Rumoli will ensue. And between all that there is of course, this incarnation of the Calgary Fringe Festival of which to partake.

We're only taking in three plays, because we are not hardcore fringers like some others I know. But I am really quite pumped about the one we are going to see tomorrow afternoon. It was my top pick, the main reason the fringe caught my eye in the first place - EAT MY BRAIN.

Five people find themselves trapped in a tiny cabin in the forest surrounded by zombies with no way out in this tale of love, revenge, and madness. They've found a sanctuary, but does the real threat come from within? And why won't Rob ask me to the prom? Watch your step, don't lose your head, and for the love of God, don't get bitten - bar the doors, grab your baseball bat, load your shotgun, and prepare for the worst as MAN VS. MAN VS. UNDEAD MAN unfolds - who will come out on top?

How can any self-respecting zombie resist a come-on like that?

and Drinking in America:

Eric Bogosian's one-man play stars Calgary favourite, David Trimble, who portrays a cross-section of characters and vignettes. "Drinking in America is about our society's fascination with power and fantasy. It is a dark comedy that examines the role that drugs, alcohol have come to play in the North American psyche." David won the 2005 Betty Mitchell Award for Outstanding Performance by an Actor in a Lead Role for this production.

So I will be AWOL from this site for the whole weekend. Be kind to each other, play nicely, and I will share tales of silliness and debauchery with you when I return.

Also on tap for the upcoming week will be the recounting of a life-affirming encounter in the tea towel aisle at IKEA, and a much-overdue profile on a Calgary musician and artist about to release his highly-anticipated second cd.

Posted by Barbara Bruederlin at 1:43 pm

HAVE FUN! They talked about PS69 on CBC and I was intrigued. Let us know how it goes.

I walked through the sort of outdoor-festivally things on 17th yesterday. They have some fun things, mostly like what they used to have at the Folk Festival, and it was pretty sweet. The canvases that artists are painting on while you watch are SO neat.

I saw one play that was on the fringe of the fringe in Montreal. Now I am feeling homesick.
Oh speaking of sick see my Ikea post before you pack up and go.

I love that Smith's quote Barbara!

I'm still trying to convince my parents to go fringing. Dave Trimble (Drinking In America) is my mum's cousin. He played a funny Basque guy in Brokeback Mountain, too. He's a really great guy, I got a chance to talk to him at my grandma's funeral. That should be motivation for my mum to go.

Have a great time. Also I love the quote, that's one of my favorite Smiths' lines.

George Romero would be so proud.

Ed: We're coming to get you, Barbara!

Have a blast & avoid getting bitten.

Ooooh I wanna see the zombie play. I shall expect a full and comprehensive review on your return :)

Have a great weekend |Barb. Apparently James Blunt is going to make a surprise visit to the festival so I've heard.

I'm sure you are having a wonderful time. I can't wait to hear your review either. :)

Oooh, hope you're enjoying all those plays and having a great time :)

Hey, Ruhee - PS69 was pretty great, as were the other plays we saw. And we got airbrush tattoos om 17th Ave! Mine is a lizard on my inner forearm.

Opps, too late, Barbara W, but I wil check it out now.

OH! MY! GOD! David Trimble was SO amazing, Hilary! He gave me a beer and I gave him a standing ovation. Details tomorrow.
I really hope your parents went to see Drinking in America because it was outstanding.

That's one of my favourite Smiths' quotes too, Jacquie, and lord knows they have a few of them!

Are you really really coming to get me, Michelle? That would be so great!
The zombie play was great fun and the kids performing in it were so energetic and top notch!

I always suspected that James Blunt was a zombie, Ben. That clinches it!

Oh, it was so much fun, Mel! And then I had a huge surprise waiting for me at home! Details tomorrow.

It was a blast, Allison. I am a fringe convert!

Awesome Barbara! Me and my mum plan to go see Drinking tonight. I've seen Dave Trimble in a couple things before, and he's a great actor. I'm looking forward to hearing the beer story.

That one man show sounds terrific! I see you liked my t-shirt alteration, I think he did too! hahahahaha! Say hi to Eva for me!
xoxoxoxo

Is Drinking in America still playing in town, Hilary? Yesterday was the last day of the festival...
I hope you do get to see it though. It's very powerful.

That t-shirt alteration was great, Kellee! Did Matt say something about it?

It was a hoot, Maureen. Much hooting was done!

*Err. For some reason, I messed up the schedule on the site (probably cause I didn't know what day it was), and thought Drinking was on Monday instead of Sunday. Silly Hilary.

Barbara B. where is your post?
I have to go to bed without reading your fringe fest post.
Next your going to tell me your not coming to see The Hour this fall. Oh wait you already told me that... :-( *sigh Have you changed your mind yet?
tell you what, If my current job goes well I might go to Calgary next time The Hour does and see it there with you...You have to book the seats though. K?
Are they going to go on the road this season??

Oh nose!! Poor Hilary! I can totally understand getting days mixed up on summer holiday. Too bad you missed it though...

I hope they go on the road this season, Barbara W. That would be awesome to go to the show together. Fringe thingy coming up tomorrow - need sleep.

Sounds like a good line up! Definitely sounds better than 'A Road Less Gravelled', a play my sister has to review :P

Hey, If The Hour's going to Calgary, I'm there... Barbara B, did you go on the second night they were there, the 7th in February? If not we both would have been there during the same taping... it's like one of those creepy movies :O

It was a really good lineup, Becky.

We actually did go the second night (Tuesday) and Hilary was there that night too. We didn't know each other then, but I remember her question.
My friend Ruhee went on Monday night though.