Eveything you needed to know about Eastern Europe - right here:

Most anticipated movie of the year in the Zombie household has to be Borat: Cultural Learnings of America for Make Benefit Glorious Nation of Kazakhstan.

Watch the trailer and tell me you are not waiting in line for this one.


The other cultural event we are all agog over is Ivan Hrvatska's Seasons of Love (Party All Year) cd. Mr. Hrvatska, who hails from Croatia, has a wonderful selection 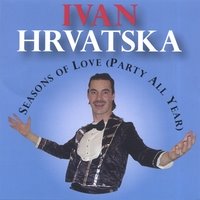 of loving songs for the whole year. You really must visit his site to taste a sample.

If you happened to catch Going Coastal last night, you would have been treated to Ivan singing his big hit First I Make Love to You, Then I Make Love to Christmas.


Posted by Barbara Bruederlin at 7:36 pm

I have received your correspondence re: headers. I hope it works out. You know, sometimes when you send me an e-mail your from name is your full name, and sometimes it is just "Barbara." This baffles me, as neither of them are haxx0red.

Ivan's got a million of them Ruhee, each one better than the last.

Obviously I do not understand email, Ruhee, which makes me feel completely impotent. Thanks for your help with the intrusion thing.

Ok, between you & Eva sporting James Blunt masks and Mr. Unspeakable revealing his religion, I'm now in need of therapy.

I think you just just scarred for life with that first photo. See ya at therapy, Michelle :)

Wasn't the bathing suit on that first guy originally made for a woman? Like the shoulder straps were meant as some sort of a nipple cover as it went up over the shoulder? I'm sure it is.

What exactly is the man wearing (i know its meant to be a bathing suit, but what is it two extra wide and extra stretchy hairbands thrown together...)? Ha ha ha
I need therapy as well after looking at this picture...

omg that pic is barfalicous ew

Sacha Cohen is hilarious when he plays Borat. I think the Ali G character has gone now, which was probably right as it had run its course (with a lot of laughs).

He's got another character he does who's a camp Austrian Euro disco guy and I can't remember the characters name but he's funny too.

Michelle, Eva and I are so glad to be doing our little bit to keep the psychologists of the world from having to live in cardboard boxes under bridges. Sorry, hon.

And it's a lime green swimsuit, Becky! The b&w hardly does it justice, in my opinion.

I wouldn't be at all surprised, Jeff, and probably designed for a much shorter woman as well. Just as Ali G made the yellow jumpsuit de rigeur, I think the Borat character will do the same for men's swimwear.

It looks painful too, doesn't it, Jas? I wonder how long he actually wore it for.

Makes you want to plan a trip to Kazakhstan, Mellowlee? I know I want to!

I agree, Ben, just the nature of the Ali G character meant that it had a shelflife; you cannot do guerilla journalism when everybody knows who you are. But Borat! He's got staying power. Was the disco guy's name Bruno?

Is it wrong that I find Borat kinda sexy? And of course the banana hammock extraordinaire doesn't help!!!

Hehehe! I hadn't seen that trailer yet - hilarious! I know what you mean Karen but then Sacha is quite the hottie in real life so I think it's ok (so I keep telling myself). And 'First I make love to you then I make love to Christmas'? Brilliant.

Your secret attraction to Borat is safe here, Karen. We won't tell anybody. Borat is definitely sexier than Ali G was.
"banana hammock" - brilliant!!!!

And he pronounces it "Christmoooos", Kees. It's insane.
I am so pumped for the Borat film. Is Sacha Cohen quite well known in the UK? I think only his Ali G character is widely known in North America.

Yeah, I will go and check out Borat but I remain a little hesitant only because he was my least favorite character on Da Ali G Show. Also I wasn't crazy about that Ali G movie. But I do love me some Ali G and I will be there. That cd looks awesome ... podcast worthy for sure.

I think Going Coastal is one of the only 3 much music shows I actually like.

I actually quite like Borat, Will. He is so profane, but cheerful.
The Seasons of Love cd would indeed blow many minds, if podcast. Did you know there was a love song for the Grey Cup (CFL championship)?

Let me guess, Minty - that was a reaction to the swimwear? I think it has that effect on most people.

Going Coastal is the ONLY MuchMusic show I like, Rob. How could one not love Nardwuar?

Did you ever see that woefully short-lived brilliant show called Viva Variety! on Comedy Central? They had an Eastern European character named Johnny Bluejeans who has to be a second cousin to these guys. Loved the shit out of that guy. Btw - if you are trying to turn me on with that hairy-man-in-bizarre-banana-hammock photo, it's working.

ARGH! Everywhere site I go to I see that freakin' body speedo suit and it does not get any less disturbing with time. Like a body-sized slingshot, and I don't want to be within shot's distance when that thing's released.

I did not see that show, Phlegmfatale. It sounds as though I missed a brilliant opportunity.
Memo to self: send Phlegmy more half-neked men in banana hammock photos.

I'd be ducking behind the nearest steel door, if that thing ever gave way, Alana!
Memo to self: stop sending Alana half-neked men in banana hammock photos.

Barbara, the first time I went to see "the hour" live in Vancouver there was a Nardwar incident since then, I haven't been interested anymore. And I used to think he was pretty funny.
George was so polite and nice. Nardwar was just not cool. He tried to get him to eat that nasty burger after it fell on the floor.

That must have been Nardwuar's evil twin brother, Sarah. He seems so innocent.

I'll just be waiting over here...

'Christmooooos'. Like it. That's how I will pronounce it from now on.

Yeah he's pretty well known. He's a very very clever young man, Cambridge graduate. His uncle is a big cheese in autism research. Not that I love him or anything ;)

It's the age-old story, isn't it, PF? So many half-neked men in banana hammocks, so little time.

A Cambridge grad, eh, Kees? And a family involved in medical research. I had no idea. You are a wealth of information.

Haha. It's all good. Let me know how it works out!

I am leaving for Toronto in just over a week so I won't be commenting for a while as it will be frosh from the 27th til the 3rd. I know. That is a lot of partying. :D

Ruhee, we miss you already! Have a good trip to the big smoke, and enjoy frosh week! Get some sleep, though.

well than i need that cd!

I know what you mean, Will. I'm not certain how I have mananged to survive without it thus far.

If it's in Heat magazine I'll know about it ;)

that is PRICELESS. I love you.

I don't know Heat magazine, Kees. I get all my information from NME, because you know they never make stuff up.

I totally stole banana hammock, Michelle, so feel free to use it. And it's a mutual admiration society, by the way.